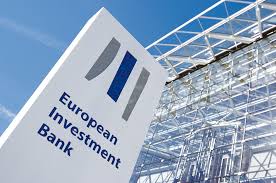 On Monday (28 September), China announced its intentions to deepen its cooperation with the EU on investment issues including increasing its own investment on the old continent. During the High Level Economic and Trade Dialogue in Beijing, China’s Vice-Premier, Ma Kai, said that his country would contribute to the Commission’s €315 billion Investment Plan for Europe. To date, nine EU Member States have announced their contributions to the Investment Plan and China will thus become the first non-EU country to contribute to the plan with the hashtag #investEU.
In order to support and manage the initiative, both partners agreed to establish a joint working group to boost their mutual cooperation on all aspects of investment. The group will include experts from China’s Silk Road Fund, the European Commission, and the European Investment Bank (EIB). The EIB, Brussels’ strategic partner in the Investment Plan, was also represented at the talks in Beijing.
Moreover, the European and the Chinese representatives signed a Memorandum of Understanding on the EU-China Connectivity Platform to support and improve synergies between China’s “One Belt One Road” initiative and the EU’s connectivity initiatives such as the Trans-European Transport Network policy. The main objective of the platform is to promote deeper cooperation in areas such as infrastructure, equipment, technologies and standards. This is expected to contribute to the creation of multiple business opportunities and jobs as well as boost growth and economic development for both sides.
Finally, the EU delegation encouraged a more structured and intense collaboration between China and the European Bank for Reconstruction and Development (EBRD), including the possibility of China’s membership.#investEU has three major goals – to remove obstacles to investment by deepening the EU’s single market, to promote investment projects and use the new and existing financial resources in a smarter way. The European Commission estimates that the plan could add at least €330 to €410 billion to the EU’s gross domestic product and create 1 to 1.3 million new jobs over the coming years