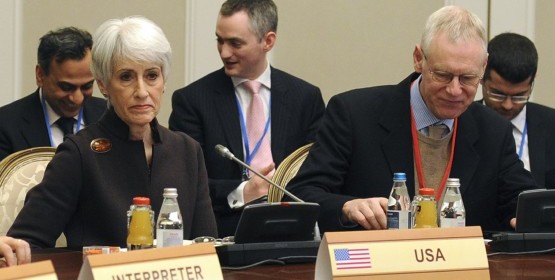 Is the Islamic Republic ready to make a deal on its controversial nuclear program? This is the key question to which Western nations are struggling to find an answer as they assess conflicting signals from Tehran ahead of next week’s big-power meeting with Iran in Geneva on October 15-16.
On the one hand, it is clear that Iran wants an end to the crippling international sanctions world powers have imposed on it for refusing to halt uranium enrichment and other sensitive atomic work. According to Western diplomats, Iranian officials recently suggested in New York that they plan to present a new offer to six world powers in Geneva. Yet, on the other, Western officials also stress that it is not clear whether Tehran is prepared to significantly curtail its nuclear activities. In fact, the Iranians have indicated the opposite – that they want a new offer from the six powers before proposing anything. “Obviously they are very much worried about the sanctions,” a senior Western diplomat said on condition of anonymity. “Obviously they want a lifting of the sanctions. But how much are they ready to pay? I don’t know.”
Iran has rejected all allegations that its atomic program is aimed at giving it the capacity to produce bombs while it has been negotiating unsuccessfully for years with the so-called P5+1 comprising the United States, Britain, Germany, France, Russia and China. When the Islamic Republic’s new centrist President Hassan Rouhani and the country’s new Foreign Minister met with dozens of delegations, many of them European, on the sidelines of the U.N. General Assembly in New York last month, its nuclear program was one of the main topics of discussion. According to one senior diplomat, Iran’s ‘charm offensive’ during the UN General Assembly sparked a flurry of internal analyses in Western capitals among “all the Iranian specialists, like at the time of the (Soviet Union’s) Kremlin.” Moreover, there was also the widely publicized telephone call by Rouhani’s to U.S. President Barack Obama, the first conversation between the heads of governments of the two estranged nations in over three decades.
According to a Western intelligence assessment of, Teheran might be willing to take some concrete steps in the interest of securing sanctions relief, including halting medium-level 20-percent uranium enrichment and freezing the expansion of its nuclear centrifuge program.