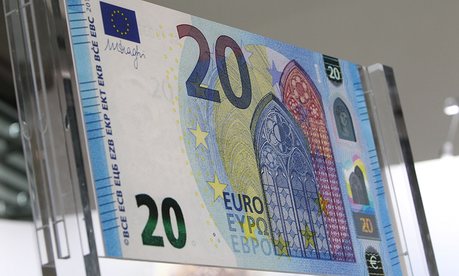 Today’s data showed (29 February) that Eurozone’s inflation nosedived into negative territory once again in February, demonstrating that numerous efforts and a series of quantitative easing (QE) boosts have not produced desirable outcomes. The inflation rate in the single currency zone dropped sharply by 0.2 percent in February, which is well below the official 2-percent target of the European Central Bank (ECB) and below the analysts’ earlier predictions of zero inflation. The ECB is increasingly getting under pressure to prop up prices and thus help the 19-member Eurozone economy. The Eurozone’s governments would like to quickly see a convincing economic recovery three years after the Eurozone debt crisis.

The Eurozone’s inflation has been in the negative territory for the first time since September last year and only a month ago, the predicted inflation was about 0.3 percent. According to Jennifer McKeown of Capital Economics, “February’s drop… back into negative territory intensifies the pressure on the ECB to announce a decisive increase in its policy support after it meets next week”. The single currency zone has been moving on the brink of inflation-deflation since December 2014, having been unable to fight falling prices and deliver a convincing growth rate.

Although intuitively lower prices appear as a positive thing from households’ point of view, according to economists, falling prices are in fact worse than rising prices as consumers demonstrate weaker demand in the long run, thus discouraging investment. Deflation has been recently supported largely by cheap oil and slowing growth in emerging economies, most importantly China. Low inflation “is especially bad for debt-laden households, businesses and governments in southern Europe, which will have little scope to inflate away” their debt burden, Teunis Brosens, an analyst at ING Bank, further explained.