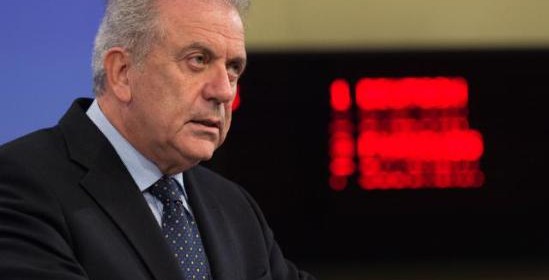 EU’s interior and justice ministers announced last week during an extraordinary meeting that EU Member States would strive for more effective information sharing on terrorism following the Brussels attacks. The European Commission had already set up a counter-terrorism centre in The Hague in an attempt to improve information sharing and build trust among EU countries. “Today we put pressure on everybody to cooperate better,” Dimitris Avramopoulos, the Commissioner responsible for security issues and migration, commented and added that “if we were sharing information, we might dissuade their actions”.

Mr Avramopoulos admitted that there was “sometimes still a lack of trust” but called for more resources to counter terrorism and encouraged all Member States to make full use of them. The ministers also together called for an “increase as a matter of urgency, the systematic feeding, consistent use and interoperability of European and international databases in the fields of security, travel and migration.” Leaders also said that the individual countries should use technological developments in all their anti-terrorism measures as well as include privacy safeguards from the very beginning. Despite these efforts, only five Member States currently provide 90 percent of the information needed.

The ministers also agreed to speed up the implementation of previous measures, such as against forged identity cards or financing of terrorism. “We are taking too long to carry out the decisions that we have taken,” French interior minister Bernard Cazeneuve said. They also urged the European Parliament to approve the Passenger Name Record (PNR) system that should be used to track airline passenger names. The PNR was supposed to be adopted in March but some MEPs decided to put if off in order to enable a simultaneous vote on protecting personal information. The EU started discussion on the introduction of a PNR system already in 2010 but the process has been on hold many times due to the concerns regarding the security of personal data.