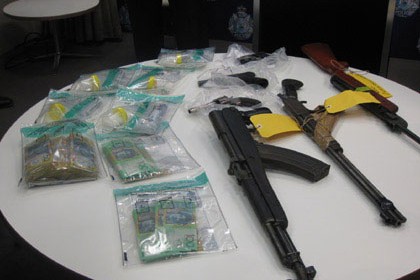 Organized crime groups are characterized by attempts to regulate and control the production and distribution of goods and services in an illegal way. With the help of corruption, they moreover ensure that politicians deliberately ignore their crimes. Corruption undermines the rule of law, which in turn provides more opportunities for organized crime and its ability to control regional economy and politics. This problem is a burden to the EU economy as well.

The degree of the impact of organized crime and corruption is besides hard to measure. It is therefore more difficult to accurately estimate the real form and extent of economic losses that are caused by this illegal conduct. However, there are various calculations of the costs that corruption overall imposes on the European economy. Annual losses, in the context of the EU’s GDP, are estimated to range between €179-990 billion. The most viable estimate speaks of the economic loss of between €218 and €282 billion per year. We get these figures if we divide the EU Member States into four groups according to their institutional nature and the degree of the corruption. Subsequently, we analyze the economic losses of the countries that do not reach the value of the best country in their category. These estimates draw on the existing calculations of the size of the illegal market, representing a value of around €110 billion, and also pinpoint significant social and political costs associated with organized crime and corruption.

What could be the potential gains if the gap was reduced and the barriers were overcome, both of which slow down the effective fight against organized crime and corruption in the EU? Fighting these plagues is a shared responsibility of the EU institutions and Member States. There is therefore a potential solution, which could be achieved jointly by a better implementation and enforcement of international and European standards, by filling gaps in the legislation and by improving the process of policy-making and operational cooperation between EU institutions. Such steps also include the protection of the so-called whistleblowers, eg. internal informants, a broader cooperation between the judiciary and the police, or the removal of the limits of the EU’s monitoring mechanisms. If the EU institutions and Member States cooperated more closely, this could mitigate the effects of organized crime and corruption by about €71 billion per year, as calculated by the research organization RAND Europe.

(The study can be downloaded here:http://www.europarl.europa.eu/thinktank/en/document.html?reference=EPRS_IDA(2016)558779)