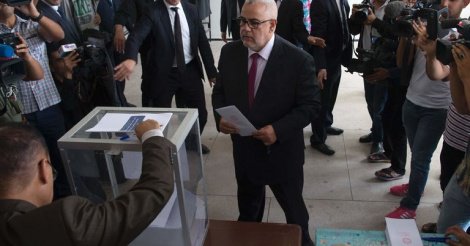 The general elections in Morocco have seen the victory of the ruling moderate Islamist party, the Justice and Development Party (known by the French acronym PJD), who beat a rival liberal party. The PJD advocates Islamism and Islamic democracy. The ballot was held on 7 October as the second elections after King Mohammed VI had introduced constitutional reforms in 2011 in response to the Arab Spring.

After five years in government, PJD won 125 seats while its rival, the Authenticity and Modernity Party (PAM) took 102, the result that critics say is too close and will likely complicate talks on the formation of a new coalition government. The conservative Istiqlal party took 46 seats. Under the country’s system, no party can win an outright majority in the 395-seat parliament and the winning party must form a coalition. A prime minister is chosen by the king, who retains most executive powers.

Analysts believe that the results mirror the country’s divide over economic priorities. The incumbent Prime Minister, Abdelilah Benkirane of PJD, has mostly focused on reforms encouraged by the International Monetary Fund (IMF) such as cutting subsidies and pensions but he largely failed to reduce high levels of unemployment, especially among the youth. In contrast, PAM leaders ran their pre-election campaign on the promises that they would end the freeze on government hiring and unpopular pension reforms.

The European Union has not commented on the result of the elections yet. EU’s foreign policy chief, Federica Mogherini, visited Rabat in March after Morocco had suspended all ties with Brussels due to a ruling by the European Court of Justice, rendering a farm trade deal illegal because it had included the disputed region of Western Sahara.  Morocco is one of the partners of the Euro-Mediterranean Partnership (Euromed) and the EU is the country’s first trading partner with total trade amounting to approximately €29.25 billion in 2014.