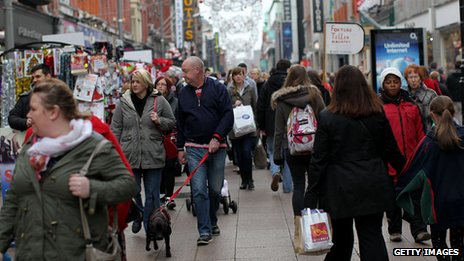 Three years after Ireland was, for the first time, granted its first international bailout from the International Monetary Fund (IMF) and the European Union (EU), the country announced it would no longer need international assistance in dealing with its debt. The news that Dublin ended the country’s bail-outs was embraced by the eurozone as it is widely seen as the first former victim of the euro-crisis successfully recovering from its 2008 economic catastrophe.
Ireland asked for emergency help to keep its finances under control and has met the conditionality terms of the bail-out including austerity measures by raising taxes, reducing its budget deficit and re-balancing the economy. Ireland’s finance minister said that although it is just the beginning of a long road out of the crisis, Ireland must keep on implementing the same type of policies. In response, the President of the European Commission, José Manuel Barroso, congratulated the Irish government on their success to finance itself again. Mr. Barroso emphasized that the EU’s role in bailing out Ireland was successfull but it would have never helped without solidarity and significant financial support of the other EU member states and sacrifice of the Irish people.
The bailout talks were indeed very difficult for Ireland, which was put under pressure from the EU countries to raise its very low rate of corporate tax in order to raise extra cash and rebalance the country’s budget sheet. Great Britain and Germany were particularly dissatisfied with Ireland’s low taxes, which they considered a form of unfair competition. Austria and France joined them and insisted that the corporate tax may must go up as part of any bail-out deal. Although Ireland stood strong and did not agree to make the tax rate subject to negotiations, more pressure came from within the country in November 2010 when Dublin signed the bail-out agreement.