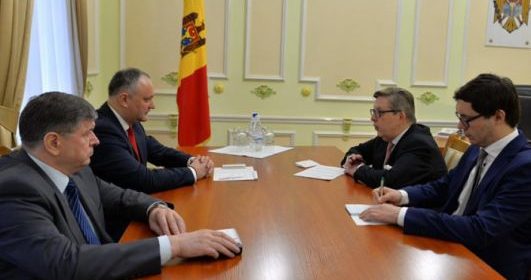 Moldova will get fresh funding from the European Union worth almost 100 million euros – 60 million in loans and 40 million in the form of grants. The new financial package will supplement resources provided by the International Monetary Fund (IMF) and other multilateral institutions. The assistance aims at supporting the country’s economic stabilization and structural reform agenda, helping to cover its external financing needs over the coming two years.

In this generous package, the EU acknowledged that Moldova had been affected by political instability between November 2014 and January 2016 and accompanying weak economic activity due to import bands imposed by Russia. Since early 2016, the authorities have introduced various reforms but need to make more efforts to implement them. Moreover, those who brought about the banking frauds must be brought to justice. The EU also called for reforms in the financial sector and public finances that have been undertaken under an IMF program.

Moldova and the IMF agreed on a 3-year extended credit in mid-2016 and an extension of facility arrangement for $178.7 million. Chisinau, Moldova’s capital city, also requested complementary assistance from the EU in August 2015 and later renewed that request in March 2016. A precondition to the provision of the 100-million-euro package will be that Moldova will respect a multi-party parliamentary system and broader democratic mechanisms as well as the rule of law and human rights. Other objectives also include efficiency, transparency and accountability of public finance management and effective prevention of corruption and money laundering.

The EU and Moldova have signed an Association Agreement that strengthens mutual political and economic ties with the EU and sets out a reform plan in areas vital for good governance and economic development. By signing the deal, Chisinau committed to reforming its domestic policies on the basis of EU laws and practice.