The Libya-Egypt Conundrum: Does the Road to Stability in Libya Pass Through Cairo? 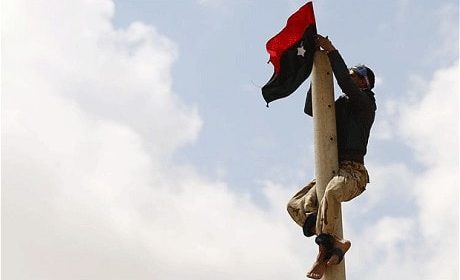 Libya has been recently in the news due to the Manchester bomber who was a British national of Libyan descent. He is suspected to have been radicalized by the Islamic State in Libya and visited the North African country a few days before the attack. In Egypt, the attack on Christians south of Cairo was allegedly carried out by terrorists who had been also trained in Libya. In the meantime, Libya itself is on the brink of collapse, being permeated with instability and ongoing conflict.

Amidst declining engagement of the United Nations in the country, Egypt is increasingly seen as key to a new settlement in Libya. Cairo has both soft and hard power tools to deal with Tripoli. Egypt is key to Libya and Libya is key to Egypt’s security and economic interests. Estimated 750,000 Egyptians live and work in Libya, although this number represents a drop compared to 2 million Egyptian nationals who had lived in the country before Muammar Gadhafi was toppled. On the security front, Egypt is poised to prevent Libya from falling apart also due to the operations of al-Qaida and ISIS affiliates on Libya’s territory. Egypt’s border with Libya has been vulnerable since 2011. As Cairo is fighting the Islamic State in the east of the country, the stability of its western border is quintessential.

Cairo also has another motivation – ideology. After the Muslim Brotherhood government had been ousted in 2013, Egypt declared the brotherhood a terrorist organization and has planned to suppress it in Libya as well. Egypt fears that if Islamist groups were to gain more support in Libya, the country may become a safe haven for the Egyptian Muslim Brotherhood. While it is always up to the United Nations to navigate the security situation in Libya, Egypt is taking over diplomatic initiatives. Yet, Cairo still needs the UN as a stabilizing factor and not the trigger of a new conflict in the relatively peaceful Western half of Libya.

Although Cairo has become a major player in the country, a road to stability also leads through Washington, Brussels, Moscow, and Abu Dhabi but also through Tripoli and Misrata. While it is key to ensure international support for a new settlement, Libyan buy-in is vital as well. Such an agreement will, however, need to be built around the “independence” of the military from the civilian government and the exclusion of the forces that Egypt considers “too Islamic”.

‘Does the Road to Stability in Libya Pass Through Cairo?’ – Commentary by Adel Abdel Ghafar & Mattia Toaldo – European Council on Foreign Relations (ECFR).

(The Commentary can be downloaded here)