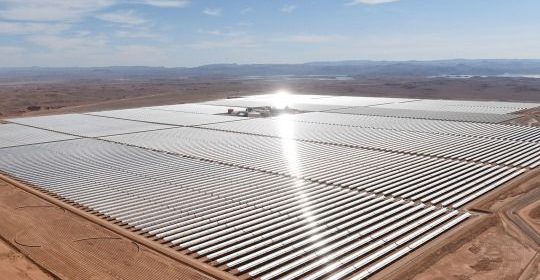 According to the 2017 Global Innovation Index (GII), Morocco leads the MENA region in innovativeness and is among the top 10 countries in its income bracket. The annual ranking of innovation – now widely recognized as a central driver of economic growth and development – is the result of a collaboration between Cornell University, INSEAD, and the World Intellectual Property Organization (WIPO) as co-publishers, and their Knowledge Partners.

The GII 2017 marks the 10th edition of the GII. The index was created to measure and understand which economies and regions respond best to the challenges of innovation and have helped to shape the innovation agendas of nations. Each year, the GII surveys around 130 economies across a variety of innovation-related measures such as education spending or patent fillings. The rankings “capture elements of the national economy that enable innovative activities” (such as human capital and research, infrastructure, and market sophistication) as well as “the results of innovative activities within the economy.”

Last year, Morocco led North Africa and ranked 72nd overall out of 127 countries and was number 7 out of 27 lower-middle-income economies. Morocco was also lauded for a standout performance in agricultural labor productivity. The GII report is one of the many industry analyses that have praised the North African country for a variety of economic indicators. Earlier this year, Morocco was also included on the 2017 Bloomberg Innovation Index as one of only two African economies. In the World Bank’s 2017 “Doing Business” report Morocco ranked 68 out of 190 countries in ease of doing business, making it number one in North Africa and fourth overall in the greater MENA region.