The Making of a New EU Budget: Aiming for More Money Despite Brexit 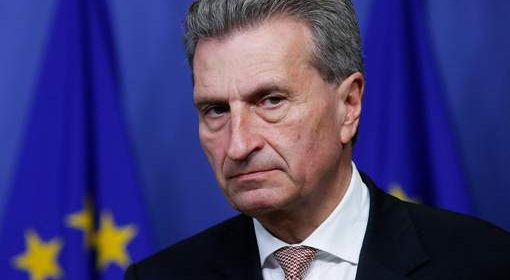 The new EU budget should dedicate at least 25 billion euros to Eurozone countries only in the next long-term budget, the Commission proposed. The Eurozone budget line would finance national structural reforms and help countries still outside the single currency area to bring their economies closer to the Eurozone.vThe EU’s Budget Commissioner Guenther Oettinger also said that the EU’s next budget should be bigger than the current one despite the departure of Great Britain.

Mr. Oettinger also added that the next budget – for 2021 to 2027 – should be between 1.1 and 1.2 percent of EU gross national income, compared to the current 1.0 percent. “The reform delivery tool and the convergence facility will need to be able to provide strong support and incentives for a broad range of reforms across Member States,” the Commission said. “A budget line in the order of at least 25 billion euros over a seven-year period would provide critical mass and help avoid a concentration of funding on a few member states only,” it said.

Following Brexit, Denmark will be the only EU member states that has a formal opt-out from ever joining the euro and all others are legally obliged to adopt the single currency once they meet the Maastricht criteria – the euro convergence criteria. The EU executive also proposed that there should be money available as a “stabilization function” for the Eurozone to help protect its members from crises. “The stabilization function is to be built progressively over time, relying on back-to-back loans guaranteed by the EU budget, loans from the European Monetary Fund, a voluntary insurance mechanism based on national contributions as well as a grant component from the European budget,” the Commission said.