Gulf Tensions: The Crisis of the GCC and the Role of the European Union 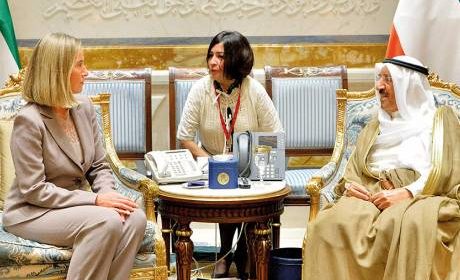 Most of the international community was caught by surprise on 5 June 2017 when Saudi Arabia, the United Arab Emirates, Bahrain and Egypt announced that they had cut their diplomatic ties with Qatar and were putting it under an effective embargo. The tensions in the Gulf were well known, but a rupture of this magnitude among the members of the Gulf Cooperation Council (GCC) was simply not expected. Nonetheless, a divided Gulf became a lasting reality to which each regional and global power, including the European Union, must accommodate its strategy.

This rift is a result of a decades-long systemic process of foreign and security perceptions in the region becoming more and more individualized. Despite sharing similar geopolitical considerations, Saudi Arabia and the United Arab Emirates (UAE) have been annoyed for years by the network of Qatari allies, including the Muslim Brotherhood, which has constituted the basis of Qatari influence in the region. Moreover, the UAE saw Qatar as its main competitor in the race to become the region’s economic hub.

These developments put pressure on the GCC as a long-lasting political and security alliance, which became tangible in a diplomatic crisis that occurred in 2013-14. At that time, the so-called Riyadh Agreement seemed to put an end to the dispute; however, two years later the Saudi-Emirati tandem, accompanied by their partners, announced the blockade, presumably with a green light from US President Donald Trump. To evaluate the consequences of the situation for global actors such as the EU, two questions should be addressed: firstly, what can it do to solve the crisis; and secondly, how can it accommodate itself to the new reality.

EU member states are economically or militarily very much present in the GCC, but unlike the US or Turkey, they did not play a significant role in the evolution and escalation of the GCC crisis. In the first weeks of the rift, several European politicians proclaimed their support for a quick diplomatic resolution of the dispute both on the national and the European level. The EU leaders’ declared neutrality and call for the Gulf states to resolve their internal disputes has been perceived as a pro-Qatari stance by both sides. It is crystal clear that the European Union cannot solve the crisis by itself, but the conflict between Qatar and its neighbors might affect the EU directly in terms of security policy and economic relations, as both sides have high levels of investment in the European Union.

Therefore, the EU should make greater efforts to monitor the economic activities of the GCC state-owned funds with a view to avoiding the exposure of European markets to intra-Gulf economic competition. The EU can also help Qatar to avoid its over-reliance on Iran. While Qatar’s geographical exposure to the Islamic Republic is unavoidable due to the embargo, the EU and its member states could try to avoid or minimize its economic reliance by presenting the Qatari state and private sector with alternative options.

‚The Crisis of the GCC and the Role of the European Union‘ – Research Paper by Máté Szalai – Barcelona Centre for International Affairs / CIDOB.

(The Research Paper can be downloaded here)