A World Without NATO: What Would Happen if the Alliance Disbanded? 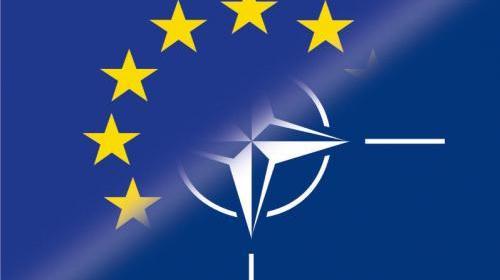 Predictions about the imminent demise of NATO have been around for ages. In July 2018, at the new NATO Headquarters in Brussels, the leaders of the 29-member states met to chart NATO’s path for the years ahead, but times change. Today, the European Union struggles with numerous crises, from “Brexit” to burgeoning nationalism. Formats like the G-7 no longer seem to generate the common leadership on global issues that Western nations have sought to exert for so long. The narrative about the “demise of the West” appears to be gaining more and more traction.

In this context, the notion that even the venerable NATO may well be dispensable is no longer confined to the “usual suspects” from the academic ivory tower or the wilder shores of isolationism. The dissolution of the Atlantic Alliance would mean the end of transatlantic collective defense. Europe would have to provide for its security without the United States. For some Euro-enthusiasts, who have long sought Europe’s “emancipation” from the United States, such a prospect might seem like a dream come true. For those, by contrast, who still view the transatlantic community as a unique and indispensable achievement, it would look like a nightmare.

Building a purely European defense would overwhelm the Europeans politically, financially and militarily. Attempting to compensate even partially for the departure of the United States would mean dramatic increases in defense spending and a radical overhaul of European arms development and procurement procedures. Even more, it would ultimately require a genuine European security policy, including a consensus on a European nuclear deterrent, which is nowhere in sight.

It has been said that NATO’s continued existence creates a problem for Russia. That may well be true, but the disappearance of the Alliance would create a problem for Europe: without the NATO protective umbrella, Europe would lack the self-confidence required for a coherent and constructive engagement with the Eurasian power. To make things worse, some European countries would even seek their own deals with Moscow. Moreover, for many countries in the post-Soviet space, which want to demonstrate their independence from Russia through their relations with NATO, the end of an American security role in Europe would be a strategic disaster. The new “post-American” balance of power in Eurasia would condemn them to remain permanently in Russia’s sphere of influence.

And there is more. The end of NATO would also deprive Europeans and North Americans of an important framework of legitimacy for the use of military power. Without the broader NATO framework, the political and military stamina required for dangerous and long-term stabilization missions, such as Afghanistan, could not be generated. Ad hoc military operations among the United States, Canada and European countries would still be possible – but the disappearance of NATO’s common defense planning and exercise practice would result in ever-diminishing military interoperability among them.

Without the United States as the military center of gravity, European military standards would most likely regress towards the lowest common denominator. Sooner rather than later, the United States and most of its former allies would lose their ability to cooperate militarily. Without the tried and tested NATO procedures and standards, even the United States’ role as a military enabler – by “leading from behind” – would become far more difficult.

If NATO ceased to exist, it would inevitably encourage the regionalization of security. Without the Alliance as a strategic bracket for bridging different regional security interests, southern European countries would tend to focus on the Maghreb and the Middle East, while eastern European countries would focus more on Russia. However, without the United States as their security backbone, none of these groupings would have enough political cohesion and military strength to exert a lasting influence on their respective regions of interest. The result would be a further weakening of Europe as a strategic actor.

“A World Without NATO?” – Opinion by Michael Rühle – NATO Review.

The Opinion can be downloaded here