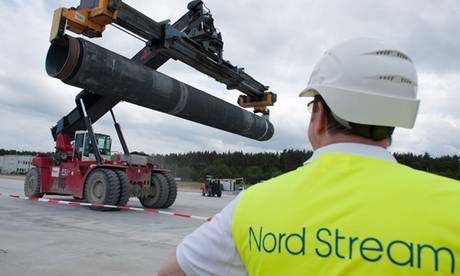 The European Union finalized a deal earlier this week on new natural-gas regulations that wll also affect the construction of the controversial Nord Stream 2. Brussels lawmakers, however, added a provision – thus effectively creating a legal loophole – to ensure that the German-backed and Russian-owned project can go ahead. EU Commission and EU Parliament officials said that the new rules would become a new law in the upcoming months. EU member states will then have 9 months to transpose it into their national legal systems.

The EU aims to revise gas directive to make sure that the rules of EU energy legislation apply to all the pipelines from and to third countries. This includes rules on third-party access, tariff regulation, transparency and ownership unbundling. “Today’s agreement meets this aim,” the EU Commission said in a statement adding that the revised gas directive will make sure that EU regulations and philosophy are applied on EU territory (land and sea)”.

EU Energy Commissioner Miguel Arias Cañete commented that the WU was closing a legal loophole as its reliance on natural gas imports spikes. “Today, Europe is closing a loophole in the EU legal framework. The new rules ensure that EU law will be applied to pipelines bringing gas to Europe and that everyone interested in selling gas to Europe must respect European energy law,” he said in a statement.

While the new regulation keeps the EU’s key energy principles, it also creates ways for Nord Stream 2 to happen. A Franco-German compromise on the updated gas directive says that the regulatory authority in Denmark had a decisive say over the project and thus put that decision primarily into the hands of German regulators. This means that Berlin will be in a position to get an exemption from EU market-opening requirements and thus make Nord Stream 2 happen.