The Mirage of a Global Euro: A Pledge Still Not Delivered 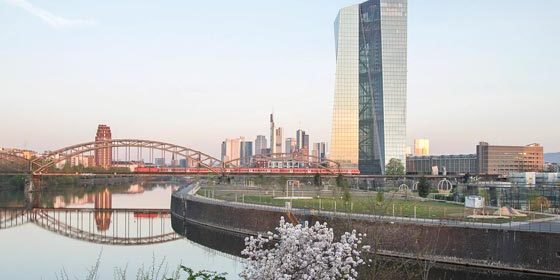 When the euro was introduced a generation ago, European leaders welcomed the common currency, but today, the euro’s importance in global reserves and financial markets today is the same as it was two decades ago, when it replaced the Deutsche Mark and ten other national currencies. The hope, that it would come to rival the US dollar as a second global reserve currency has failed to materialize and the European leaders would be wise to acknowledge it. But hope dies last, and in this spirit the European Commission recently published a Communication entitled “Towards a Stronger International Role of the Euro”.

The European Commission, like most European policymakers, takes it as given that the Eurozone would benefit if the euro played a more global role. But that is not necessarily true. One such benefit supposedly derives from the widespread use of euro banknotes outside the single-currency area. On this measure at least, the euro has been a big success. Currency in circulation has more than doubled over the last 20 years, both in absolute terms and as a percentage of Eurozone GDP, and the total value of euro banknotes in circulation amounts now to €1.2 trillion ($1.3 trillion). Furthermore, it is commonly estimated that a large fraction of euro cash is used outside the Eurozone.

But the economics of banknote issuance have changed. Issuance was previously a profitable business for central banks, because they could invest the proceeds in government bonds with a decent yield. With interest rates at 5%, and €1.2 trillion of notes in circulation, the European Central Bank could have generated revenue of about €60 billion a year. Though small compared to the Eurozone’s overall GDP of €10 trillion, this sum is equivalent to almost one-half of the EU’s budget.

Furthermore, the consequences of being a major anchor currency would be particularly problematic for the euro. Fortunately, the countries that peg their currency to the euro have little economic weight. Imagine, for example, that China pegged its currency to the euro instead of to the dollar. The Chinese authorities would then determine the euro’s exchange rate against the dollar – the currency of the EU’s biggest trading partner and competitor. Being an anchor currency can actually entail a loss of control.

True, there are other reasons why it might be in Europe’s interest for the euro to play a larger global role. For example, the extra-territorial application of sanctions by the US makes it extremely difficult for European companies to maintain trade ties with Iran, because most of Iran’s international trade is invoiced and settled in dollars. But the ability of the US to apply sanctions so widely is essentially due to its diplomatic and military power. Even if the euro played a much larger role in global finance, the US would still remain dominant in terms of hard power.

The relative weight of the US economy will of course also decrease as China and India continue to grow faster. But the dollar will retain its conventional role as the key currency for international trade transactions as long as China limits capital movements to keep control over its domestic economy. The euro, on the other hand, could increase its global role only by slowing the relative decline of the Eurozone economy through rapid economic growth.