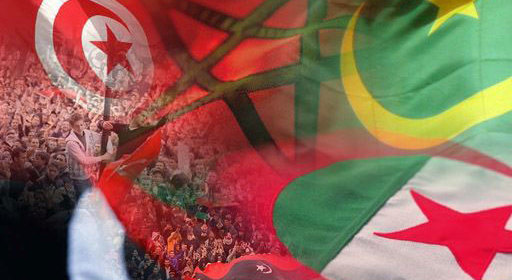 The Maghreb, a regional bloc gathering Algeria, Libya, Mauritania, Morocco and Tunisia, has huge economic and political potential, but is still one of the least integrated regions in the world, said European Commissioner for Enlargement and European Neighborhood Policy Štefan Füle.
This statement was made by the European Commission at a meeting held lately in New York with the Foreign Affairs ministers of the five Maghreb countries on the sidelines of the UN General Assembly.
The comments went almost unnoticed and did not grab the attention of western mainstream media. But some of the Maghreb ministers must certainly feel uneasy. According to some experts, Štefan’s powerful remarks must be embarrassing for some of the Maghreb countries and particularly for the oil-rich nation of Algeria which refuses to open up its land borders with neighboring Morocco, despite recurrent calls by Moroccans.
The union created in 1989 by the five Maghreb countries is stalled since 1995, largely because of political tensions between Algeria and Morocco over the Western Sahara issue.
The borders closures, the fallouts of the Arab Spring uprisings which led to regime change in Tunisia and in Libya, in addition to the political turmoil rocking Algeria and the deep socioeconomic changes underway in Morocco are all affecting trade exchanges between Maghreb countries.
They seem consumed by their own internal and regional dynamics. The five nations are very much absorbed by their own security and political stability concerns as well as by their continuing socio-economic woes.
So far, the Maghreb countries showed they are unable to turn their social and economic similarities into powerful driving force serving the peoples of the region. As a result, intra-regional trade has languished at 1.3 pc of the region’s total trade, one of the lowest rates of any region in the world.
Instead of unifying their efforts, these countries compete with each other in many products and strategic fronts. They all suffer from high unemployment rate while extremism threatens to further limit economic growth and foreign investment.
Each country has opted to negotiate a separate economic agreement with the EU, rather than collectively negotiating for better terms et deals, an option favored by the Europeans as they did the ASEAN and CAFTA countries, which gained increased political bargaining power from regional integration.
In Maghreb, the loss is not only economic. Many inter-regional activities go through the US or Europe rather than North African countries. In transportation, it is still easier to fly through Paris than directly between countries. Academics in the same field often have little contact with each other except through international meetings organized in Europe or the United States.
In the field of security, there is more cooperation with the US and Europe than among the Maghreb countries facing huge economic and social challenges to keep youth off the road of alienation, desperation, emigration, and al-Qaeda terrorism. Feeling the pressure and in a bid to ward off the dangers arising from the southern shores of the Mediterranean, the EU countries move to ensure the stability of the region where both terrorism and demographic pressures pose an increasingly direct threat.
During the meeting held in New York between the Foreign Affairs ministers of the five Maghreb countries and the European Commissioner Štefan Füle, talks focused on latest developments in the region and ways to strengthen mutual cooperation.
They agreed that EU-Maghreb regional cooperation should focus on political dialogue, security coordination and cooperation in the fields of agriculture, environment and water resources (including rural development, fisheries, desertification and climate change)
They also decided to enhance cooperation in the sectors of industry, infrastructure, trade, investment and technology (including tourism, energy, information and communication).
During their NY meeting, the European and Maghreb decision-makers stressed the importance of boosting joint actions and partnership in scientific research, technology transfer, vocational training, employment, youth, sport and circulation of persons.
Technical work will be initiated in Brussels in the coming weeks in order to translate these intentions in concrete initiatives.
“The European Union knows from its own experience that closer integration removes barriers, brings significant benefits for citizens and businesses – in creating greater stability, promoting development and dealing with environmental, security and other challenges: for the benefit of the people in Maghreb, but also in the EU,” Commissioner Füle said.
According to the IMF chief Christine Lagarde, Maghreb countries need an economy that works for the people of the region, yields an inclusive economic growth that produces enough jobs for the younger generation.