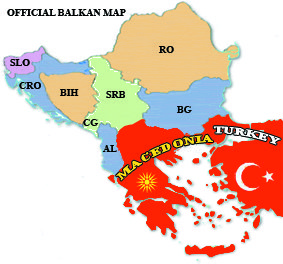 Among all the candidate and potential candidate countries, Turkey remains the only state without an official EU roadmap towards visa-free travel. EU has already granted visa-freedom to most of the Western Balkan countries, such as Serbia, Macedonia, Montenegro, Bosnia-Herzegovina and Albania and has also paved the way to visa-free travel for Eastern Partnership countries, such as Georgia, Moldova, Ukraine, Armenia and Azerbaijan, with Belarus being the next. Unfortunately, the same level of political support does not exist in the case of Turkey.

In fact, critics say Turkey does not have to negotiate any conditions as visa-free travel is already a right given to Turkish citizens by the Ankara Agreement of 1963 and the Additional Protocol of 1973 and point specifically to the “Soysal” Case of February 2009 which is a judgment of the European Court of Justice (ECJ). Back then, Mr. Soysal and Mr Savatl?, two Turkish lorry drivers, were refused visas to enter Germany. Article 41(1) of the Additional Protocol is to be interpreted as meaning that it precludes the introduction, as from the entry into force of that protocol (1 January 1973), of a requirement that Turkish nationals must have a visa to enter the territory of a member state in order to provide services there on behalf of an undertaking established in Turkey. In other words, the Soysal judgment gives a personal right to any Turkish national who wishes to come to the EU to provide services, to enjoy access to the territory of any member state on the basis of the same conditions which applied either in 1973 or on the date when the relevant member state joined the EU. In this scope, Germany’s visa practice was in fact deemed unlawful. Unfortunately, this earlier decision by the ECJ is not implemented in practice.

The European officials often use technical issues as the reasons behind the visa deadlock and assert that Turkey has not fulfilled conditions leading to visa-free travel such as readmission agreements and border management. The fact, however, that Turkey is working hard to carry out major reforms related to these issues – despite inadequate financial assistance and little encouragement from the EU – is often disregarded. Turkey has embarked upon several reforms in this field, notably the introduction of biometric passports since June 2010, the drafting of a framework law on Foreigners and International Protection by the Turkish Ministry of Interior while also attempting to put forward an integrated border management strategy.

In fact, the major obstacle in the visa-relations between Turkey and the EU remains the signing of an EU-Turkey Readmission Agreement. The readmission agreement negotiations, which started in 2003, have been in a stalemate for a long time because of major disagreements between the two sides. Turkey is worried that the agreement will impose a heavy burden on it when it has to take back a large number of irregular immigrants from third countries that use Turkey as a transit point to enter the EU and not get adequate financial support from the EU during this process. After long negotiations the text was approved by the Justice and Home Affairs Council in 2011 but, unfortunately, a vague mention of the “visa dialogue and mobility for Turkish citizens” in the text did not meet Turkey’s expectations. Since then, Turkey’s official position is to sign the readmission agreement only when the EU explicitly commits itself to offering “visa liberalization” to Turkish nationals.

Following months of negotiation, the parties came close to finding a formula to satisfy both parties’ needs and in June 2012 the EU authorised the European Commission to launch talks for an action plan on visa exemption which would lead to Turkey’s acceptance of an initial readmission agreement. The EU Commission introduced a roadmap for a visa-free regime in November 2012, outlining specific areas where the Turkish government should implement reforms, laws and directives. While the action plan is likely to be realized in a minimum of two-and-a-half years, actual visa-free travel for Turks visiting the EU could be possible within four to six years. In return, the readmission agreement signed would allow for the expulsion of Turkish nationals who have entered EU territory illegally without any formality. Readmission for third-country nationals will be possible following a three-year transitional period that would allow for the construction of modern refugee processing centres.

Jean Christophe Filori, head of the Turkey unit in the European Commission, associated the signing of the readmission agreement with the visa liberalization dialogue and his latest statement on this issue was along the direction that as the Readmission Agreement was not signed yet, it was impossible to give a date for visa-free travel for Turkish nationals. He also underlined that the visa-free regime will be eventually voted on by a qualified majority voting (QMV) in the European Council rather than unanimity, giving it a better chance of approval. The European Council defines the process as “long term” without any deadline set in advance. Stefan Füle, the EU Commissioner for Enlargement supported this process through his Twitter account on July 9, 2013 where he tweeted the following: “In Istanbul on my way to Georgia. Hope to be back here soon for launch of visa dialogue and sign of readmission agreement.”

If concluded and implemented, the visa exemption would save millions of Turkish citizens from suffering though visa procedures, which sometimes turns into humiliation. In fact, free travel is not a value Europeans feel that they are granting but a fundamental human right so should be treated like that by the members of the EU. Unfortunately, the most recent decision of the Court of Justice (ECJ) on the visa issues between Turkey and the EU was negative – it concerned a case opened by a Turkish national, Leyla Ecem Demirkan. Demirkan had wanted to go to Germany to visit her family in 2007 who, upon the refusal of the German Consulate in giving her a visa, appealed to a German court which took the case to ECJ. In a landmark decision, the ECJ recently ruled that “Turkish nationals do not have the right to enter the territory of an EU Member State without a visa in order to obtain services.”