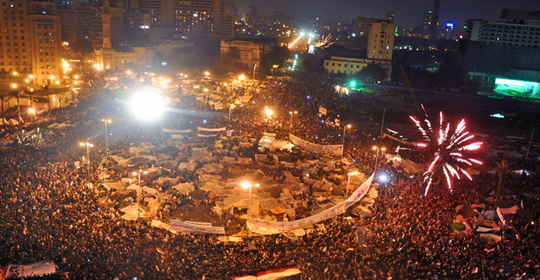 As protests in several large cities across Egypt against the rule of the country’s President Abdel Fattah el-Sisi are entering their second week, el-Sisi tells supporters not to worry as security forces ramped up checks and closed off Tahrir Square in Cairo. The protests broke out last Friday (20 September) following weeks of calls from tycoon-turned-whistleblower Mohamed Ali for people to head to the streets and demand the fall of the country’s authoritarian ruler. Rights groups say police used tear gas, rubber bullets and live ammunition to disperse large crowds in Cairo and several other large cities.
Under the el-Sisi’s government, so little dissent is allowed and dissenting voices face severe penalties that the burst of scattered protests on Friday night came as a shock. The rather unexpected trigger was Mohamed Ali, a 45-year-old construction contractor and part-time actor, who has reportedly become wealthy by building projects for the Egyptian military before leaving his homeland for Spain to live in self-imposed exile – it was from across the Mediterranean that he began posting videos on social media, calling for a “million-man march” and a “people’s revolution” to topple el-Sisi. Thus, over the past few weeks, Mr. Ali has reinvented himself as a whistle-blower, a chief opponent of el-Sisi and a protest leader, and his tales of corruption in his government and army circles have transformed him into a leading voice of opposition to the president.
Meanwhile, President Abdel Fattah el-Sisi has played down a call for protests against his rule, saying there were “no reasons for concern” even as the army and the police tightened security in the capital, Cairo, and other major cities. His dismissal came on Friday (27 September) as rights groups reported nearly 2,000 people to have so far been arrested in a broad crackdown over the past week. “There are no reasons for concern. Egypt is a strong country thanks to Egyptians,” the president commented the latest developments while the Ministry of Interior warned it would “confront any attempt to destabilize social peace in a firm and decisive way”.