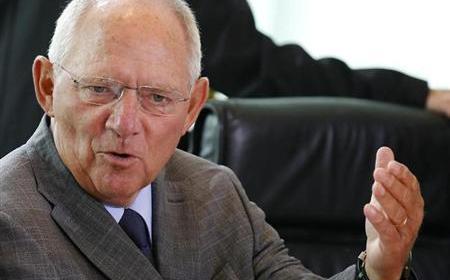 Germany’s finance minister, Wolfgang Schaeuble, said that Germany is committed to find a final solution towards the creation of the eurozone banking union.
Mr. Schaeuble hopes that the eurozone’s finance ministers will make up their minds soon regarding plans for the European Central Bank (ECB) to start supervising banks in the eurozone. This long-awaited step is necessary to move the plans of the banking union further. “We have to find a solution if we want to have a result by Christmas,” commented German minister. The EU banking union is believed to stabilize the financial market, restore confidence of investors and trigger growth rates, so that indebted EU economies in the South can repay their debt.
Nonetheless, establishing the union has turned out to be a painful process. The eurozone countries could not reach an agreement in terms of a potential union’s leadership and institutional background as Germany was not supportive of the European Commission heading the grouping. There were also worries that the very EU treaty might need amending so that the creation of the banking union is possible at all. Berlin has, however, softened its stance and is currently working on a compromise that would allow creation of the union without changing the existing EU legislation.
Currently, a sufficient legal base for functioning of the union is hoped to be the trio – EU Commission, ECB and the council of EU member states. Germany is also allegedly working on a proposal of a pan-European body based on Article 114 of the EU Treaty, which would, however, not decide directly over a particular Europe’s banking group. There will still remain a national benchmark, to which smaller banks will refer to.
Further negotiations on the design of the union’s supervisory body are currently on hold as Angela Merkel’s Christian Democrats still not have formally started coalition talks, upon which further steps will depend.