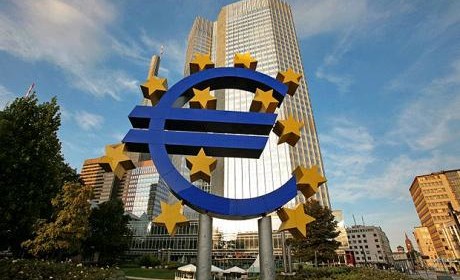 In the summer of 2012, the European Central Bank (ECB) presented a plan of direct monetary transactions, according to which the ECB would buy unlimited amounts of government debts under certain conditions. Due to the announcement of this program, the debtor countries’ cost of servicing debt decreased, thereby lowering the burden on their budgets. However, as it turned out, the health of the Eurozone has not improved in certain areas at all. The ECB has recently come up with a new plan of quantitative easing by means of which it wants to inject €1 billion into the European economy.

The ECB will operate with the offer of unlimited liquidity, which should encourage the banks to lend to non-financial corporations. Unfortunately, the banks are not willing to accept the risk and grant loans to deeply indebted companies. The increase of the asset value will then bring about a similar effect. The loans provided from capital markets will be only marginally transferred to real economy. Another channel involves buying a certain types of assets by the ECB that intends to encourage the banks to invest in other assets, thus expanding the new liquidity. Complicating this ECB strategy is, however, the fact that the few possibilities, where the banks can invest, include also corporate bonds, whose supply in Europe is highly limited.

The quantitative easing should also prompt currency depreciation and, consequently, strengthen exports. However, the effectiveness of this measure is questionable in the case of the euro. The problem could as well lie in the redistribution of the new liquidity. The ECB must use its capital key, which, however, could cause inequalities between those countries that really need help and others for whom ECB’s assistance is not indispensible. An increase of the ECB’s interest rate from -0.2 to 0 percent will also be needed because the negative interest rate policy and the policy of quantitative easing are mutually contradictory.

From a legal point of view, quantitative easing can be perceived as standard monetary policy. Politically, it is more complicated. States are offered help in exchange for reforms, though, when the economy is relieved, governments are not so eager to embrace structural reforms and the pace of their implementation is slowing down. This program could also deepen the alienation between Germany and its fiscal policy from the trends in the Eurozone. Finally, the Member States will incur new obligations whose approval will not be democratic but it will be based on the governments’ decision to underwrite the ECB’s balance sheet to which all the acquired bonds will be transferred.