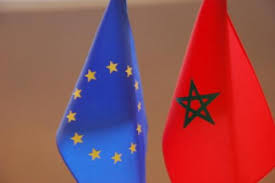 Morocco stands to benefit as European firms, hurt by the coronavirus pandemic, are already looking into ways to shorten their supply chains, though its gains could be limited given European businesses’ penchant for efficiency and low costs that China offers. This has become obvious in light of the overreliance of European companies and governments on China for just about everything from cars to medicines, which has been laid bare by the global pandemic. This situation has prompted the European Commission to urge member states to design a strategy to achieve “strategic autonomy” in key sectors such as pharmaceuticals and build more reliable and diversified supply chains as part of a proposed €750 billion coronavirus recovery package.
European powerhouse Germany, which depends on global suppliers for 17% of its production, is also working on a strategy to strengthen – and shorten – local supply chains and minimize future disruptions, whereby this move is widely expected to boost manufacturers in Europe’s vicinity. “If you look at Morocco, there are more favorable conditions there for specific areas in particular, in relation to renewable energy and environmental related sectors, Morocco is quite a frontrunner and the EU tries to chip in on that,” says Guillaume Van Der Loo, an expert from the Brussels-based think tank Center for European Policy Studies. “The idea that the European Commission has already expressed about diversifying supply chains could be beneficial for Morocco and that could accelerate negotiations on the new trade agreement.”
Morocco, which is widely regarded in political and business circles in Europe as an oasis of political stability in its turbulent southern flank and a reliable trade partner of the EU, could be an obvious and logical choice for European companies looking into ways to bring their manufacturing closer to home. “The Moroccan economy will experience difficulties and changes in its composition. But there are also great opportunities to be seized,” Moulay Hafid Elalamy, Morocco‘s Minister for Industry, told MEPs earlier in April. Being one the very few countries in the world that have free-trade deals with both the US and Europe, it is hardly surprising that Morocco has been touted by many as a gateway for Western investment in on the African continent. “Morocco is very well positioned because of its proximity, because it’s part of EU’s regional trade agreements, its rules of origin are kind of integrated with those of the EU,” says Alessandro Nicita, an economist at UNCTAD.