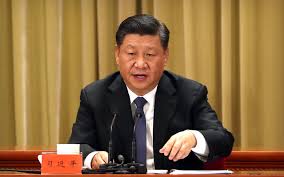 The relationship between EU member states and China is undergoing a transformation that the coronavirus crisis has accelerated. While efforts to enhance trade and other economic links continue to play a major role in the relationship – especially due to the financial impact of the pandemic – countries across Europe are becoming increasingly sceptical of Beijing’s intentions. They are debating reducing their dependency on China for supplies of critical goods, and are ever more concerned about the future of the relationship in a rapidly shifting geopolitical environment marked by growing US-China rivalry. The pandemic has moved the debate about China, which is heavily influenced by EU member states’ domestic political constellations and considerations, much closer to the centre of national and European policymaking.

While member states’ attitudes towards China are changing at different speeds and do not fall into neat regional categories, there is a broad consensus between them that the EU is not adequately equipped to tackle the challenges posed by the country’s state-led authoritarian model and state-capitalist economy. As shown in data from the European Council on Foreign Relations’ EU Coalition Explorer, member states now view China pragmatically as a partner, but also almost everywhere simultaneously as a rival. With a few exceptions, they agree that the EU needs to restrict Chinese investments in strategic sectors, underlining their growing wariness of overdependence and exposure to the political and economic risks emanating from Beijing.

The emerging consensus between EU member states on China reflects a shared sense of economic imbalance, disappointment, and unease. Member states are increasingly dissatisfied with the country’s unwillingness to reciprocate the openness of the EU market. Most of them – not least Bulgaria, Poland, and Italy – are keenly aware that they still receive relatively little Chinese investment, despite signing cooperation agreements with China or joining groupings such as the 17+1. Accordingly, they aim to gain greater economic benefits from the Chinese economy through the establishment of a level playing field – but they are determined to do so without increasing their dependency on China, particularly given that the country’s economy is recovering from the pandemic faster than Europe’s. Member states believe that they will only achieve this if the EU uses its market power more assertively and shows a willingness to engage in geo-economic confrontation. As such, the bloc’s defensive economic measures are necessary but not sufficient.

Beyond these economic qualms, the emerging European consensus on China also stems from a growing range of political concerns. Member states recognise that China is increasingly adept at dominating bilateral relationships with them, and ever brasher in its violations of human rights and international commitments in places such as Xinjiang and Hong Kong. They acknowledge that this partly reflects the failure of European efforts to stand up to Beijing politically – and that only a coherent EU policy framework and coordinated action could halt or reverse these trends. While member states argue that the EU should demand more of China politically, there are slight differences between them on whether to prioritise areas such as human rights, climate change, or international finance. And concern about Germany’s and France’s perceived dominance of China policy is increasingly acute in other member states.

Another important aspect of the consensus comes from recognition of the importance of third countries. Most member states believe that the EU can rebalance its relationship with China partly by strengthening its ties with other powers, through arrangements such as free trade agreements and security partnerships. However, there are differences between them in their priorities. For instance, Poland regards the US as Europe’s key ally in the effort, while France currently looks especially to the Indo-Pacific, and Spain is one of the few member states that is highly alert when it comes to China’s growing influence in Latin America. These differences do not necessarily present obstacles to a coherent EU approach. They could even be turned into strengths, positioning the EU as an indispensable partner around the world under different member states’ leadership.

Although all member states express a desire for the EU to become more ambitious and assertive in its China policy, they are sometimes wary of one another’s reasons for doing so. For example, many member states worry that France treats the EU as merely a vehicle for its own geopolitical power, and that Germany largely shapes China policy according to national economic interests. Regardless of how accurate these perceptions are, they are likely to remain an obstacle to the emerging consensus for some time to come – even with the fluid unpredictability of politics in the coronavirus era. While it is thus unrealistic to expect perfect unity between EU member states on all issues related to China, the growing convergence in their assessments provides a new basis for a more coherent and effective European approach. It seems that they can no longer use their lack of agreement as a pretext for inaction.