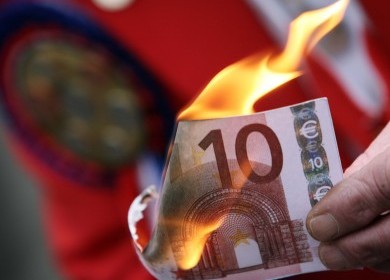 The EU’s financial watchdog reported earlier this week that the block had misspent 6.3 billion euros in 2014 urging Brussels to take a “wholly new approach” to make its budget more responsive to shocks like the ongoing migration crisis. The areas in which the money was misspent included funds that were originally meant for farmland in Spain and then was subsequently spent on motocross tracks or funds spent on underused airports.

The independent ombudsman urged EU leaders to free up unspent money so it can be used where needed, such as on dealing with the refugee crisis in Europe and its neighborhood. “We call for a whole new approach — we cannot afford to do business as usual,” Vitor Caldeira, the president of the independent ombudsman, commented. The revelation about the misspent money comes at a “particularly difficult time” as the EU has not yet fully recovered from the crisis and is struggling to boost job creation and growth amidst the biggest migration crisis since WWII. “Decision-makers must align the budget better with the EU’s long-term strategic priorities and make it more capable of responding in a crisis,” Mr Caldeira added and stressed that the EU budget was particularly slow to respond to the new needs created by the refugee crisis.

The watchdog’s report also pointed out that the so-called error rate for spending went slightly down to 4.4 percent of the EU’s 142.5 billion euro budget in 2014 from a revised 4.5 percent in 2013, yet it was still far above the threshold level of 2.2 percent. Spending managed by the EU and Member States had the same level of error as the funding managed directly by the Commission. Although the spending trend is generally improving, the European Commission said it would work harder to prioritize spending. “We ought to be able to move resources accordingly to serve our citizens best,” EU Budget Commissioner Kristalina Georgieva commented.