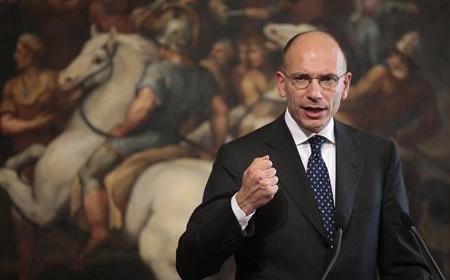 The Italian government has agreed on the final draft of 2014 budget. The new financial plan includes numerous tax and spending cuts and calls for austerity from all sides. The aim of the budget is to stabilize the staggering economy and keep deficit in lines with the European Union’s output ceiling. The plan, which aims to reduce Roma’s fiscal deficit in 2014 to 2.5% now must pass through the parliament.
According to the Italian Prime Minister, Enrico Letta, the new budget is a significant leap in the right direction that includes lower corporate and income tax. Taxes are the central issue of the whole budget draft. The law contains a reduction in the tax-wedge – that is the difference between the take-home pay and real labor costs. The tax wedge of 2014-2016 is estimated to be worth around 10 million EUR, out of which 5 billion is reduced among workers and the rest among companies.
In 2014, the budget reduced the tax wedge by only 2.5 billion euros, which is half the amount that the Treasury had originally proposed – much less than hoped for by business and trade unions. This modest amount seems to be pointing out the difficulty faced by the government to identify areas for spending cuts.
Italy is Europe’s third largest economy. The country has been in recession since mid-2011, which resulted in the economy hovering just around its level a decade ago. Yet, growth prospects for the nearest future are not too ambitious. The government estimates the growth rate of 1% in 2014 but observers pin it down to 0.5% only.