Strains in EU Banking Relationship with the US 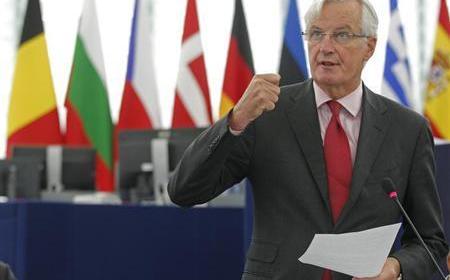 The chief of EU’s financial services, Michel Barnier, warned that the EU would take a revenge on the U.S. if America passed the law on additional capital requirements for foreign banks. Federal Reserve Board Governor Daniel Tarullo said that foreign banks ought to be required to keep the same amount of capital as U.S. banks, regardless of the overseas organization of their parent companies.
Michel Barnier fears that more stringent capital requirements might distort global capital markets and added that the biggest European banks are capitalized like their American counterparts. Mr. Barnier warned that he would not like to be forced to do the same with regard to U.S. banks. “My objective is to find agreement with the Americans on foreign banks. My mindset is not one of threats but my objective is to find a free and fair banking relationship. If we don’t find such an agreement, we will end up having to do the same thing,” EU’s finance chief commented. In a speech to the British Bankers’ Association conference in London, Mr. Barnier spoke in favor of the EU’s new law on cap of bankers’ bonuses as of 2014, which should, in his opinion, ensure creditors manage risks appropriately.
Great Britain argues that the cap limiting a bonus to less than the 2014 fixed pay could make banking riskier by challenging the fixed pay. The case is currently with the European Court of Justice, which Mr. Barnier said, he regretted. He remains confident that the cap law is proper and reasonable, and mainly for the sake of financial stability. In his view, banks’ shareholders should be more involved in controlling payments at banks, including fixed pay. Except for the fixed pay issue, asset quality review is another concern being raised. Top creditors and lenders throughout the EU are about to take another stress test next year, which might reveal other financing pitfalls.
Mr. Barnier commented that still more needs to be done on the quality of assets and naturally ’exercises’ – such as stress tests – tend to reveal gaps. “If banks are not able to raise capital in the markets – which could still be the case for a few – we will have a clear framework in place, with bail-in, and national and if necessary European backstops,” Barnier said.