Values Versus Interests: The Need for EU-Russia Dialogue on Africa 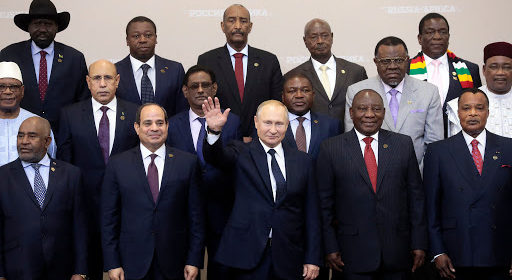 Europe’s preparation for the European Union–African Union Summit in 2021 needs to successfully provide a coherent African policy on security, immigration and climate change that goes beyond trade and provides, at the very least, an opportunity for dialogue with the Russian Federation, which is also re-engaging in Africa.

The first Russia-Africa summit in Sochi in October 2019 attracted 43 heads of state or government and more than 6,000 participants and media representatives from Russia and 104 foreign countries and territories. Resulting from the Sochi summit is the Russia-Africa Partnership Forum, which is tasked to prepare for the second Russia-Africa summit in 2022. At the G20 virtual summit held in late March, President Putin proposed the establishment of a special fund to help Africa and further stressed the necessity for information-sharing. Some 30 African countries had requested Russian assistance for responding to COVID-19 but the reality is the COVID-19 economic impact will have knocked back significantly Moscow’s Africa ambitions and this will result in a greater niche focus on key countries such as South Africa.

The EU and Russia have economic, political, and strategic interests and there are clearly areas of interest on security, including maritime security and countering violent extremism, that overlap, such as North Africa (particularly Libya at the moment) and the Sahel, as well as the Gulf of Aden and the Western Indian Ocean and East African coast. Russian security engagement in the Central African Republic, Libya, and more recently Mali and Mozambique have demonstrated the importance to the EU and its member states of continuing dialogue with Moscow. The November announcement of Russia obtaining facilities for its navy in Port Sudan is also a reminder that some of these ambitions are strategic and long term. At the same time, however, such dialogue requires transparency and trust in order to succeed. Brussels and Moscow are currently continuing to promote rival norms and visions. For example, the EU advocates governance and building institutions, which sometimes clashes with Russia’s ‘no-strings-attached’ strategy based on geopolitical and mercantilist interests.

Russian actions in Africa need to be publicly exposed at times. In October 2019, Facebook ended the postings linked to Yevgeny Prigozhin – the businessman who is allegedly behind Russia’s troll factory – that actively sought to influence the domestic politics of a range of African countries. The company suspended three networks of ‘inauthentic’ Russian accounts that targeted eight countries across the continent, especially around the times of elections: Madagascar, the Central African Republic (CAR), Mozambique, the Democratic Republic of the Congo, Côte d’Ivoire, Cameroon, Sudan and Libya. The Facebook experience is a reminder of the limitations of cooperation between Russia and the EU. The annexation of the Crimea and conflict in eastern Ukraine have made many EU members deeply sceptical about Russian intentions, particularly NATO and the Central and Eastern European states of the EU and the Visegrad group in particular, and the possibility of any constructive engagement with Moscow.

Even so, there are openings for Brussels and Moscow to contain the risks and reduce the costs of any confrontation. This could be partly achieved by not only aiming to make the African continent a new theatre for geopolitical competition and experimentation, but also through the sharing of information. There are areas where Russia could enhance transparency, such as the disclosure of its defence transfers to the UN Registry of Conventional Arms. There is also room for collaboration with EU member states on the UN Security Council on the sanctions on the Central African Republic, South Sudan, Mali and Libya, as well as other issues, such as peacekeeping. Moreover, joint EU-Russian projects in infrastructure development and private-public partnerships could provide an opening for partnerships with EU countries in the future but there would be a need for trust and transparency.

Higher education is one area where Russia wants to expand. Moscow claims that half a million Africans have been educated in Russia or the former Soviet Union. There is potential in this area for cooperation in public health and the hard sciences, where EU higher education institutions might provide quality appraisal or joint training. Supporting the higher education of Africans is a growing EU priority. In November 2017, the European Parliament adopted a resolution called the ‘EU-Africa strategy: a boost for development’. In October 2019, the European Commission hosted a high-level conference on ‘investing in people by investing in higher education and skills in Africa’. The EU has concluded that ‘the scale of this cooperation is still inadequate given the number of African students and researchers’. This might provide the EU with an opening for some triangulation with Russian higher-education providers on Africa.

The broader confrontation between Russia and the EU should not be allowed to stop all dialogue with Russia over their common interests and concerns in Africa. Sub-Saharan Africa, in particular, could be an area where the geopolitical rivalry does not need to be zero-sum and Moscow and Brussels might find niche areas for co-operation, either bilaterally or through the UN Security Council and other inter-governmental bodies. Where there are evident clashing contradictions, such as interventions during elections by trolls or sharply focused security engagements that ignore rights and governance issues, these need to be spelt out. Both could provide Russia with short-term political advantages but are not sustainable long-term. The changes in political leadership in Sudan and Algeria are reminders of this. Russia invested heavily in the longstanding leaderships of Abdelaziz Bouteflika, who served as president for 20 years, and Omar al-Bashir, who served for 30 years. In 2019, both of these leaders were removed by popular protests, resulting in Moscow needing to build up new leadership relationships.

There will be an intensification of geopolitical competition in Africa involving numerous regional and outside players in the next decade. African states and the AU have a prime responsibility to manage their own destinies and how they engage internationally. Russia and the EU are increasing their engagement and interest in the continent. If they want to escape further geopolitical tensions, managing their own rivalries and visions will be as important as consulting their African partners on their strategies.

‚The Need for EU-Russia Dialogue on Africa‘ – Expert Comment by Alex Vines – Chatham House / The Royal Institute of International Affairs.