Libya Turns the Page: Birth or Death of a New Democracy? 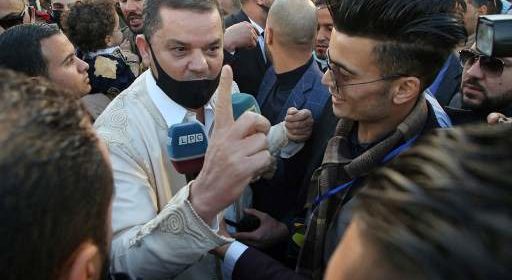 After more than six years of political feuds, intermittent conflict and a foreign-backed assault on the capital, Libyans appear to have turned a page by forming a unified interim government. On 15 March, parliament approved a “national unity government”, headed by Prime Minister Abdulhamid Dabaiba. It was a historic achievement, as was the two parallel governments’ acquiescence in an orderly transfer of power. Likewise, the respective military coalitions signaled that they would work with the new executive, and the two sides’ foreign backers declared their support for the new government. An early relapse into war therefore appears unlikely. Yet huge challenges remain in knitting the country back together and preparing for elections later in 2021. Two stand out: lack of a legal framework and plan for the vote, and lack of clarity about overall command of the armed forces. Addressing these two problems should be a priority for the prime minister, the Presidency Council and parliament. The UN should keep assisting these efforts.

The developments that led to the new government’s appointment are nothing short of astounding. The warring parties signed a ceasefire agreement in October 2020, but subsequent UN-mediated political talks remained deadlocked. A breakthrough came in early February, when the UN-backed Libyan Political Dialogue Forum, comprising representatives of the country’s multiple constituencies, nominated Dabaiba as prime minister and Mohamed Mnefi to head a three-person Presidency Council. Within weeks, the new prime minister presented a cabinet, and on 10 March he won the divided parliament’s vote of confidence. Five days later, his cabinet took the oath of office, after which the two rival governments handed over power. Despite this progress, Dabaiba and the Presidency Council face the herculean task of reunifying a country that remains split politically and geographically. Most Libyans are hoping that the new government will improve living conditions, deliver basic services, reboot the economy and foster reconciliation after years of chaos and conflict. In addition, they expect it to carry out the UN-backed roadmap to which the Libyan sides agreed: to organize elections and reunify divided institutions, including the military and central bank. No task will be quick or painless; all will require time and concerted effort.

Two obstacles could endanger the transition. The first revolves around a framework for the elections. Libya’s rival factions have agreed to vote on 24 December 2021 but have yet to decide what the objective should be: to approve the draft constitution that an elected committee completed in 2017 but which has yet to be put to a popular vote; to elect a new parliament; or to choose both a parliament and a president. This polarising debate has no right or wrong answer. Holding a referendum on the draft constitution first could help resolve multi-year disputes over an institutional framework for governance; if approved, it would provide a mandate for elections to follow, including a direct presidential election. But it would delay those elections and the formation of a government with a popular mandate. Choosing to go straight to the ballot box would save time, but Libyans remain divided over whether they prefer a parliamentary or a presidential system of government – notwithstanding that the draft constitution envisages the latter. Both systems would have advantages and disadvantages.

The Dabaiba government and Presidency Council should call on rival political factions to agree on which vote to hold first and on parliament to approve the legal framework necessary for Libya’s electoral commission to organize that vote. Public support for the notion of having elections is widespread, but Dabaiba has equivocated, paying lip service to them in public, while in private expressing the desire to stay in power for at least two years. At the same time, he has avoided weighing in on the fierce debate over which vote should be held. Most parliamentarians also express support for elections but in private signal their eagerness to see a postponement, not least because that would allow them to hold onto their positions. Such ambivalence risks stoking public resentment and setting off a new political crisis. To ward off that eventuality, the Libyan Political Dialogue Forum should step in to break the deadlock. A consensus arrangement is unlikely given how divisive the constitutional and electoral sequencing debate remains to date. Yet, unlike other existing institutions, which have little incentive to change the status quo, Forum members have a better chance to move the political process forward, as they already did in February by selecting a new executive. Delegates should vote internally on the electoral roadmap proposal that members of the Forum’s legal committee have submitted (which lacks consensus on a number of points) and agree to support whichever last iteration obtains a majority.

The second hurdle concerns legal ambiguity surrounding the position of armed forces supreme commander. Past disagreement over who held this position contributed to the emergence of two rival military coalitions, each with its own command and control structure. According to the UN-backed roadmap, which the parties approved in November 2020, the three-person Presidency Council now holds the title. Yet parliament has not ratified the roadmap, alleging that such approval is not required to validate the text, an interpretation some politicians support but others do not. While parliament and Haftar-led forces appear to have acknowledged the Council as the top military authority, they have done so in word without making it official in deed. Parliament, working in concert with the Dabaiba government and Presidency Council, and supported by the UN and foreign stakeholders, should endorse either the UN-backed roadmap or an equivalent document that explicitly recognizes the Presidency Council as the armed forces’ supreme commander and clarifies the government’s and Council’s respective competencies.

The appointment of an interim unity government in Libya and its endorsement by the House of Representatives are historic achievements for a country that was embroiled in a deadly war between rival governments and military coalitions, each with foreign backers, less than a year ago. For now, a return to active conflict in Libya appears unlikely, but whether calm will prevail depends in large part on whether the new interim government is able to follow the transition roadmap and whether external actors continue to support it in doing so. Whether today’s calm will hold and the reunification of Libya succeed depends on many interlocking issues, including sustaining the international convergence behind a political path forward. But resolving these two pending matters will help ease what could prove to be a tortuous new stage in Libya’s troubled post-2011 transition.

Much could go wrong. A first step toward moving the process forward and avoiding the pitfalls that have beleaguered Libya in the past would be to set the transition roadmap on solid and unambiguous legal grounds. Libyans deserve this measure of certainty and their politicians should deliver it.

The Report can be downloaded here