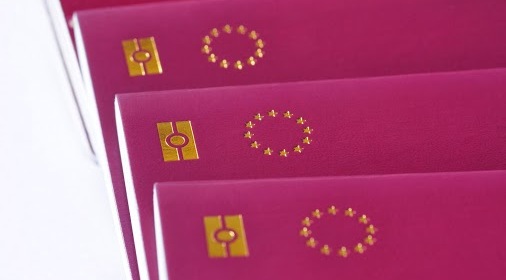 If you are a rich person and want to acquire European citizenship, you can have it all in Malta, Portugal, Spain… and others member countries of the European Union.
It seems that these cash-strapped European countries have found their cash-cows to support their drained public treasury. They are moving fast and enacting laws offering best deals to lure foreign investors and convince them to settle in.
The Maltese government has approved lately a law destined to attract “high-value” foreigners to the country, by selling them passports for 650,000 euro.
The move is also meant to bring in cash and investment to the Island country. It offers rich people Maltese passports which give them the right to reside and work in any of the 28-member bloc.
Malta, which has a population of 452,000, is a member of the EU and the Schengen borderless travel area, and has a visa waiver agreement with the US.
According to Maltese’s Prime Minister, Joseph Muscat, this initiative is expected to attract “high value” individuals from around the world who can then invest in the island.
Some experts say this project could attract up to 300 people annually. Those who purchase passports can then buy citizenship for their immediate family for just 25,000 euros.
However, Malta’s opposition has criticized the new law and vowed to repeal it. It also questioned the process of selling the passports, saying it lacks transparency because their names will not be disclosed.
For European Union spokesman Michele Cercone, Malta and other member states have the freedom to choose how and to whom they issue passports.
Other EU member states have also eased citizenship and residency regulations and increased fees. For example, Cyprus eased citizenship rules for those who lost more than $3.2 million by paying the levy on savings, in an attempt to stop non-resident investors from leaving the country.
In the UK, residency permits are easier to obtain for non-EU citizens who have at least 1 million euros available for private investment in the UK. Meanwhile, Spain is planning on granting foreigners residency permits if they purchase a house for more than 160,000 euros, in an attempt to boost the country’s housing sector.
In Portugal, rich foreigners who buy a property worth €500,000 or more get a five-year stay visa in the country, giving access to larger European Union.
Portuguese real estate agencies jumped on this opportunity and try to sell these visas with luxury flats and houses to clients around the world targeting primarily Chinese market as well as, Russia, Latin America and oil-producer countries.
According to the Portuguese foreign ministry, 356 residence permits have so far been granted to investors, including 279 Chinese, 16 Russians, 10 Brazilians and nine Angolans.
Other European countries hardly hit the Eurozone crisis such as Spain, Cyprus, Greece and the Netherlands have also adopted similar laws to attract rich investors. They are competing for these highly value residents, saying it is a fair competition.