Memory Culture for Europe and Africa: A Way to Deal with Colonial Past 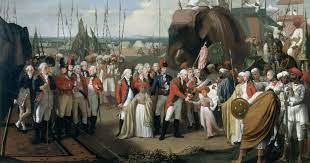 This summer, after almost a decade of construction, the Humboldt Forum finally opened. This museum of art from outside Europe has moved into the rebuilt Berlin Palace, and was intended to be a grand display of the “values of the enlightenment” and a new outward-looking Germany. Instead, attempts to display various looted artefacts resulted in protests, resignations, and an eventual commitment to return several stolen Benin Bronzes following a request from the Nigerian ambassador to Angela Merkel. This request, the public outcry, and the earlier decision by France to repatriate thousands of items to African countries point to the increasing geopolitical importance of Europe’s colonial past – a past that until now most European leaders were content to ignore or brush aside.

The Humboldt Forum debacle is part of a pattern of avoidable and self-defeating blunders by European leaders dealing with Africa. British prime minister Boris Johnson has published a litany of insulting and racist comments throughout his career as a politician and columnist, once claiming that “the problem [with Africa] is not that we were once in charge, but that we are not in charge any more”. French president Emmanuel Macron alienated African leaders almost immediately upon entering office when he suggested that the continent had a “civilizational problem”, and that an African Marshall Plan would be unfeasible because women there were having “seven or eight children”.

These repeated missteps in dealing with African states stem both from Africa’s relative lack of importance in European policy, and Europe’s selective amnesia over its imperial past. Museums often display looted colonial artefacts, public memorials to the victims of colonialism are few and far between, and nationalists are quick to pounce on even modest attempts at reform. At the EU level, a joint European Union-African Union statement from 2014 maintained that, “the abuse and cruelty of European colonialism is of course not forgotten, but [has been] put to one side in order to leave room for new forms of cooperation”.

The 2019-20 Afro-barometer survey points to the consequences of this denial. Majorities in the countries surveyed viewed current partnerships with former colonial powers in a positive light, but had better opinions of almost every other actor polled, including the United States, China, the AU, and regional powers such as Kenya or Nigeria. Meanwhile, opinions on the EU in general were positive but still below those of the US and China, and decreasing rapidly. These discrepancies are unlikely to stem from the perceived generosity of different actors alone: in 2017, EU investment in Africa was five times that of the US or China, while in 2018 its trade with Africa was double that of China’s and five times that of the US.

Observers too often present Germany’s “memory culture” – in which the legacies of Nazism and the Holocaust were placed at the heart of post war national discourse – as a solution to these issues. That process, however, was and is imperfect. Prosecutions for former Nazis were relatively rare, while past party membership often posed no barrier to a long and successful career in most fields following the end of the second world war. In the immediate aftermath, after initial attempts at justice and redress faltered, there were similar attempts to put the past “to one side”, even while many underlying attitudes on German nationalism or the role of the German army in the war remained fundamentally unchanged.

Half-hearted attempts at redress for colonialism in Africa have followed a similarly unsuccessful pattern. Germany’s apology for the genocide of Herero and Nama (people in Namibia between 1904 and 1908) was rejected by leaders of a group of five government-aligned chiefs, who said that Herero and Nama descendants had not been properly consulted. Meanwhile, the Belgian king’s carefully worded non-apology for colonial abuses in the Congo was rebuffed by the human rights minister of the Democratic Republic of Congo, who stated that “the regrets of certain Belgian officials will never be enough in the face of their obligation to grant reparations to the victims of colonization”.

What Europeans should take from memory culture today are the successes of the interstate approach that emerged decades after the war ended: big, bold moves such as Willy Brandt kneeling before the memorial to the Warsaw Ghetto, Helmut Kohl holding hands with François Mitterrand at a war memorial, and the West German state dropping any claims to Polish territory and providing huge initial financial aid packages and loans to Poland, Hungary, and the USSR in the 1980s. All these steps had geopolitical self-interest behind them – memory culture was a way of assuaging the anxieties of Germany’s neighbours, with atonement paving the way for international support for German reunification. But they were ultimately successful because they were carried out in consultation with victims and states.

Crucially, these diplomatic steps were taken at a political cost, angering the powerful lobby groups of Germans expelled from neighbouring countries after the war and risking the restrengthening of a recalcitrant far-right. While there had been a push from below by student and activist groups for a reappraisal of the war years before the German government’s moves, public memory of many aspects of the war was still split well into the 1980s. Today, failing to reckon with the colonial past for fear of alienating voters only emboldens those who would either forget or celebrate Europe’s former empires. Crucially, it leaves little prospect for actively changing attitudes.

As European states and leaders increasingly realize the importance of Africa to their policymaking, and as African states today have more choice in who they partner with, member states should consider taking bold public moves in place of the halting ones made so far. The lessons of memory culture are that big diplomatic steps should be taken in concert with victims and descendants as well as the leaders of affected nations, and that their public nature should become part of a wider project to shift public memory at home.

These steps could include returning cultural artefacts, ending strangleholds over the hard currency of African states, and providing reparations. Memory culture will not fix all relations; nor will failure to carry out these steps turn African states away from Europe. Security, trade, migration, and health will still define these relationships. But changes in how colonialism is remembered would lead to fewer unforced errors from Europeans, fewer defences of colonial empires, and fewer botched apologies or museum openings – all of which would make cooperation much easier.

‘Memory Culture for Europe and Africa: A Way to Deal with the Colonial Past’ — Commentary by Oz Russell — European Council on Foreign Relations / ECFR.