Western Balkans Summit: ‘You Are Family’ … But Only a Distant One? 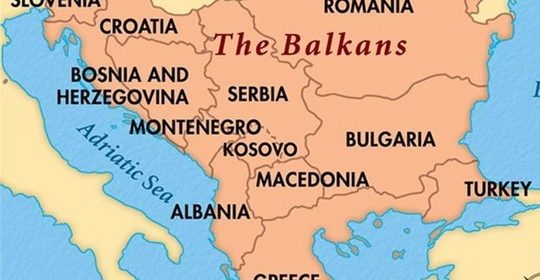 The European Union plans to sweeten its tone on enlargement at the Western Balkan summit that has started today (6 October), while voicing caution on Europe’s readiness to take in more members.”The EU reconfirms its commitment to the enlargement process and its decisions taken thereon, based upon credible reforms by partners, fair and rigorous conditionality and the principle of own merits,” EU leaders plan to say in Brdo, Slovenia, together with their counterparts from six Western Balkan countries. Hence, right at the outset, the European Commission President Ursula von der Leyen sought to reassure the six Balkan membership hopefuls that they were family who would one day join the bloc after cooler comments from EU states fearing a backlash at home over migration.
After weeks of deliberation, EU leaders are expected to restart an 18-year-old promise of future membership to Serbia, Montenegro, Bosnia-Herzegovina, North Macedonia, Kosovo and Albania if they fulfill the criteria. But with the “enlargement process” blocked by various disputes both in Brussels and in the region, many in the Balkans feel the EU declaration is an empty statement — and this is the notion that the EU’s chief executive tries to dispel.”The message is that the Western Balkans belong to the European Union. We want them in the European Union. We are one European family,” von der Leyen told reporters as she arrived for the summit.”We share the same history. We share the same values, and I’m deeply convinced we share the same destiny too,” she said, having just returned from a tour of the region last week.
The EU is by far the biggest foreign investor and trade partner of the six countries that emerged from the break-up of Yugoslavia and the ethnic wars of the 1990s.But an attempt by EU presidency chair Slovenia to make 2030 a target date for the six countries to join was unsuccessful and the bloc has also failed to make good on promises that are tangible to citizens, such as visa-free travel for Kosovo. The leaders from Western Balkans share a great deal of pessimism over their respective countries’ prospect for EU membership. The six Western Balkan countries are at different stages, with Montenegro and Serbia having formally opened accession talks. For example, although North Macedonia applied for EU membership in 2004 and has already fulfilled the criteria for beginning entry talks, EU member Bulgaria opposes its inclusion because of a dispute over language and national identity. Bosnia-Herzegovina applied for EU membership in 2016 but, according to a European Parliament briefing note, “internal political instability and lack of political reforms have dampened the country’s prospects of joining the EU.”