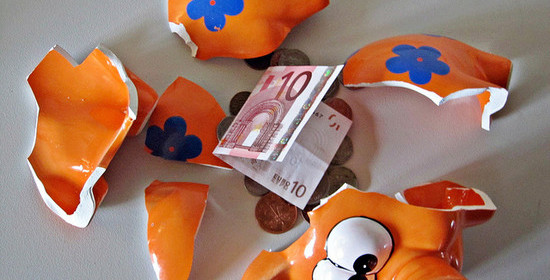 According to the EUROSTAT, the statistical office of the European Union, savings of European households in the eurozone decreased in the third quarter of 2013 to 12.8% from the first quarter’s 13.1%. In the entire European Union, the saving rate was 10.7% compared with 11.1% with the previous quarter. As to investment rate, the office reports that the household investment rate was the same in the second and first quarters of 2013 in EU27 while the eurozone marked the investment rate of 8.6%, which also remained unchanged throughout the first half of 2013. In nominal terms, however, investment rate measured by gross capital formation decreased by 0.1%.
Household income increased modestly by 0.1% in the eurozone in the second quarter while consumption rose by 0.4%. The increase in household income happened mostly due to the positive contributions of the gross operating surplus and mixed income, which grew by 0.1%. Moreover, an increase in social benefit (increase by 0.1%) and social transfers (increase by 0.1%) also contributed positively. In contrast, an increase in taxes by approximately 0.2% influenced the rise in household income negatively. All in all, the eurozone’s household per capita income decreased by 0.1% in the second quarter of 2013 following a decrease by 0.2% in the previous quarter. Moreover, household real per capita consumption increased by 0.2%.
The modest figures on household savings, investment and consumption go in line with slumbering European recovery from the crisis. The lack of confidence that characterizes the behavior of firms, investors and financial institutions is similarly visible among households. Yet, the latest numbers are indeed an improvement, although a humble one.