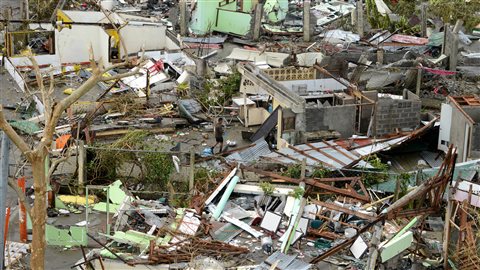 The European Commission allocated 10 million euros yesterday (12 November), in addition to the 3 million euros pledged earlier, to support the Philippines’ reconstruction, after what was likely the largest storm in a century took life of thousands and caused widespread destruction. As the magnitude of the sheer devastation caused by Typhoon Haiyan was exposed in the Philippines, EU officials visiting the affected areas of the Philippines said the aid will used for the rehabilitation of the typhoon-affected areas of the country.
Beyond humanitarian assistance, EU Development Commissioner Andris Piebalgs said the EU was already making resources available for rehabilitation and reconstruction to facilitate a smooth transition from crisis management to rebuilding people’s lives. The EU’s assistance can include water and sanitation rehabilitation, power grid repairs, basic health, livelihood support, shelter and repair of infrastructure that should be more resilient to future typhoons or earthquakes. The EU has pledged its aid contribution to the Southeast Asian country while the UN has launched a 223 million euros emergency appeal from the Philippines capital, Manila on Tuesday. Moreover, the UN World Food Programme said wrecked infrastructure was making humanitarian efforts a “logistics nightmare”.
EU officials said that the Haiyan typhoon was, along with the protracted Syrian civil war, likely to be the biggest humanitarian aid challenge this year. The Operations Directorate at the EU Commission’s emergency aid directorate is ready to provide coordination for the EU member states and make sure that the aid fits the needs on the ground. Although Cyclone Nargis, which hit Burma in 2008, was of smaller magnitude than the latest Haiyan typhoon that ravaged the Philippines, it was reported to have left some 80,000 dead. The likely reason for this was that Burma was very little prepared to deal with storms, in comparison to the Philippines. Apart from being the world’s largest donor in aid, the EU has a unique network of experts who know the local situation and who are able to react very quickly.