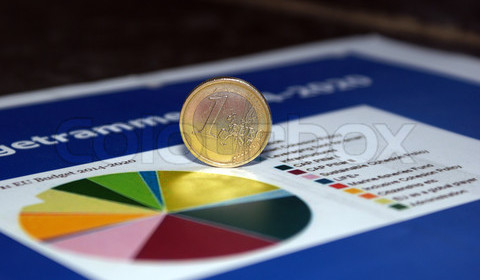 The EU institutions finally agreed on the Union’s 2014 budget. Yesterday’s deal includes a budget draft for 2014 but also some amendments to the ongoing 2013 budgets. All sides reached an agreement on the budget worth about 142 billion EUR in total commitments and 135 billion EUR in payments. The decision was announced at 4 am on Tuesday (12 November).
Although not all member states voted for the budget law (reportedly Netherlands, Denmark, Finland and the United Kingdom voted against), the law was passed by a majority since unanimity is not required. The problematic parts seem to have been amendments to the cohesion policy budget. The EU Commission, the Parliament as well as the Council initially had some different ideas about the amount of the budget, but after 16 hours of talks, all EU institutions managed to find a common ground. Budget Commissioner, Poland’s Janusz Lewandowski, expressed his satisfaction about the fact that all parties decided to provide so much needed investment in EU’s science, academia, research but also business and innovativeness. Under new 2014 budget, more funding should reach Europe-wide programs such as ERASMUS, COSME or the EU Program for Competitiveness and Enterprises and Small and Medium Enterprises.
Surprisingly, negotiators have decided not to increase the salaries of EU officials based on inflation indexation, yet in contrast approved of topping up Cyprus’ bail-out of additional 90 million EUR, which is already part of the country’s next year’s ration of 200 million EUR on the top of Nicosia’s financial package. Lewinski said that he hoped that the ‘cooperation spirit’ orbiting the budget agreement would continue and become a stepping stone in direction towards the new multi-year budget plan 2014 – 2020.