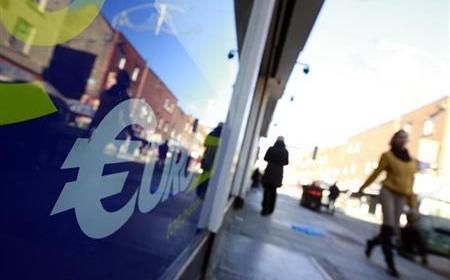 The eurozone has increased its trade surplus as reported by the Eurostat, the EU’s statistical office. According to the agency, September 2013 marked a trade surplus of 13.1 billion EUR in trade in goods between the eurozone and the rest of the world. The figure is almost by 5 billion EUR bigger than in the same time last year. Trade surplus or deficit is an important indicator of economic health and these figures may be the first positive signs that the eurozone is headed towards economic recovery.
For the 28-country block, including Great Britain and Poland, which do not have a single currency, September showed the surplus of about 0.6 billion EUR when compared with the trade deficit of about 14 billion EUR for the same period last year. EU officials have welcomed these positive figures, suggesting that they have been helped by recent fall in imports as well as rise in exports. Moreover, the surplus is likely driven by rising exports of manufacturing goods, whereas the trade in energy is somewhat subdued.
Therefore, imports have notably fallen mainly from Norway (11 percent), Brazil (15 percent), and Japan (17 percent), whereas the biggest export boost came from trade with Switzerland, which increased by a third and created a surplus of more than 50 billion EUR. Yet, exports to the United States, Japan and emerging India fell by about 3-4 percent each. China-EU trade slightly improved as well, when trade deficit was lowered from about 96 billion EUR to about 85 billion EUR.
Among eurozone economies, trade surplus is being driven mainly by increasing export power of Germany. The country has generated about 130 billion EUR of trade surplus in less than three quarters of this year. In contrast, the France and Belgium have created trade deficits, each totaling about 45-50 billion EUR.