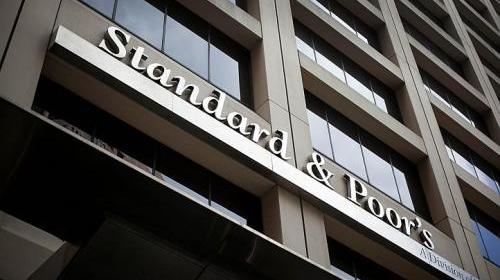 S&P has downgraded the Dutch economy and credit rating to AA+, saying that the country’s weak growth prospects prompted the downgrade.
The Netherlands has lost its AAA credit rating, leaving just three eurozone members with a top notch rating. S&P warned that the Dutch economy will plummet by 1.2 pc this year and will grow only by 0.5 pc in 2014.
“We do not anticipate that real economic output will surpass 2008 levels before 2017, and believe that the strong contribution of net exports to growth has not been enough to offset a weak domestic economy”, say the S&P analysts.
The Netherlands’ growth prospects “are now weaker than we had previously anticipated, and the real GDP per capita trend growth rate is persistently lower than that of peers”, add the S&P experts.
So far, only Germany, Luxembourg and Finland have a top notch AAA rating by the ‘Big three rating agencies” (S&P, Moody’s and Fitch) .
Commenting his country’s downgrade by the S&P, Dutch finance minister, Jeroen Dijsselbloem said he is disappointed by the loss of the country’s AAA rating, and takes S&P’s decision “seriously”.
He also said that the labor market, housing market, and pensions system are “the main factors holding back our economic recovery”. He pledged to make structural reforms to ensure the recovery “picks up in strength”.
Meanwhile, SP has upgraded Cyprus, and raised Spain’s outlook in recognition of progress made by Madrid. S&P has upgraded Cyprus, though, from CCC+ to B-. It said that the risk of default has eased since the country slumped into an IMF-led bailout this spring.
S&P has raised its outlook from negative to stable, removing the threat of a downgrade. The agency cited the gradual return of growth to Spain, saying that “credit metrics are stabilizing, in our view, due to budgetary and structural reforms, coupled with supportive eurozone policies”.