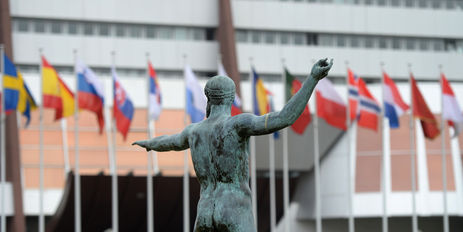 According to the recent report “Safeguarding Human Rights in Times of Economic Crisis” of the Council of Europe, the still ongoing economic crisis has transformed the old political reality into a new model in which solidarity, welfare and the protection of human rights are losing. The Eurostat, Europe’s chief statistical office, found in the meantime that about twenty-five percent of EU’s population is at risk of social exclusion and poverty.
The Council of Europe stated in its report that austerity has been constantly undermining the issues of human rights across Europe since the onset of the crisis in 2008. The Council claims that public social spending including social safety net programs and welfare systems have been the main target of austerity measures in most EU countries. This has taken place through the cuts and caps in wage bills mainly in health, education and social protection schemes, while the availability of these items has also been heavily circumscribed. Moreover, subsidies on fuel, agriculture, and food products have been either eliminated or reduced.
According to the Human Rights Commission of the Council of Europe, Nils Muižnieks, many governments in Europe that have been imposing austerity measures have forgotten about their obligations towards human rights, and especially the social and economic rights of the most vulnerable. He added that the need to ensure access to justice and the right to equal treatment has been also neglected. The Council’s report suggests that these rights were especially undermined in those EU countries under international bailout terms. For instance, observers state that homelessness has increased significantly since 2007 in 15 out of 21 monitored countries. Countries like Spain, Portugal, Italy, Greece, or Ireland are witnessing new groups of the homeless emerging while this phenomenon is especially reinforced in the vulnerable groups like migrants, the youth, women and families.