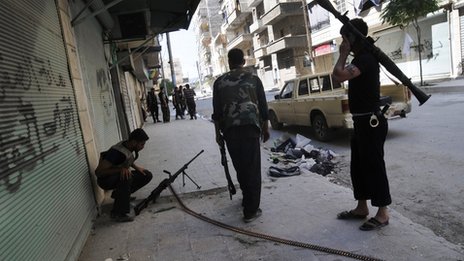 The number of Western European fighters joining the civil war raging in Syria is growing at an alarming rate, promoting major concern among western government.
According to a report released by the International Center for the Study on Radicalization (ICSR), the number of fighters from Western Europe, who joined militant opposition groups in Syria, ranges from 396 to 1,937, which represents a three-fold increase compared to last April assessment.
Western Europeans now represent upto 18 pc of the foreign fighter population in Syria, with most recruits coming from France (63-412), Britain (43-366), Germany, (34-240), Belgium (76-296), and the Netherlands (29-152).
From late 2011 to 10 December 2013, between 3,300 and 11,000 individuals, from 74 countries around the world, have gone to Syria to fight against Assad regime, says the ICSR report, noting that these figures include those who are currently present as well as those who have since returned home, been arrested or killed.
For the ICSR, the most plausible figure of the overall number of foreign fighters in Syria is believed to be above 8,500. This would mean that the numbers have nearly doubled since April, with a particularly steep increase among non-Arabs, especially Westerners.
Arabs and Europeans represent upto 80 pc of foreign fighters, says the ICSR document, stressing that there are also fighters coming from Southeast Asia, North America, Australia and Africa.
The five countries with the largest numbers of foreign fighters in Syria are all part of the Middle East: Jordan is the single biggest contributor (up to 2,089), followed by Saudi Arabia (1,016), Tunisia (970), Lebanon (890), and Libya (556).
According to the report, the most important regions for foreign fighter recruitment outside Western Europe and the Middle East are the Balkans and the countries of the former Soviet Union, but there are also fighters from Australia (23-205), Canada (9-100) and the United States (17-60).