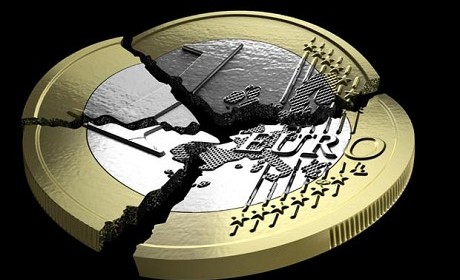 Eurozone’s countries are still fighting the insolvency and other financial problems of their banks. Representatives of the eurozone’s economies are about to discuss how to save the ailing banks. Banks are to be examined next year in terms of their financial health and many drawbacks are expected to be found.
So far the EU implemented numerous programs to support the banks including 2012 common rules for Europe’s 8,000 banks to keep more capital for cushioning against losses, sharpening state aid rules the costs of banks’ failures or bailing Greece or most recently Cyprus.
It is hard to guess the true ‘losses-to-be’ but the International Monetary Fund (IMF) hints that only Italian and Spanish banks might face up to 230 billion EUR losses. Europe is still struggling to get the financial system in order. Five years after the United States imposed the necessity of keeping extra capital for cushioning against losses of the U.S. banks, the eurozone economies had only last year proposed this ruling to its banks. Moreover, the European banking union that is hoped to bring brisk positive results on the economy and finance is still being negotiated.
The President of the European Central Bank (ECB), Mario Draghi, added that the process of financial recovery in Europe requires international support, including the IMF and the World. He said as well that “the effectiveness of this exercise will depend on the availability of necessary arrangements for recapitalizing banks … including through the provision of a public backstop.”
Yet, international talks on Europe’s bail-out are being hindered by the ‘temporary unavailability’ of German finance minister, who is currently in coalition negotiations to form a new government. The new Berlin coalition is then believed to give further impetus in creation of the banking union in support of the bailout.