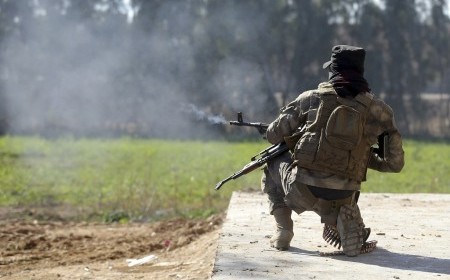 The flow of European fighters from the Old Continent to the regions in Syria and Iraq held by the ultra-hardline Islamic State (IS) has been considerably reduced after the imposition of tighter travel restrictions by European states last year. These measures were designed to prevent would-be jihadists from leaving Europe, usually cross the border from Turkey into Syria and travel to the IS-held territories. According to these fighters already in Syria and Iraq, who were recently contacted by Reuters, the EU-imposed travel restrictions had, however, a limited impact on the battlefield, since European jihadists generally comprise of only a tiny fraction of the IS forces. Several EU Member States have arrested people for recruiting for IS and some have even passed legislation, which allows the authorities to seize travel documents from those individuals who are reasonably suspected to intend to join the fight alongside the group.

As one Islamic State militant who hails from Europe told Reuters via the Internet, “Now most of the (foreign) fighters are coming from Asian countries, like Tajikistan and Uzbekistan [and these] are tough fighters.” Some of those interviewed, however, also warned that the imposed travel restrictions could well backfire on European countries when those jihadists who are prevented from travelling to join the IS ranks in Syria and Iraq will instead be encouraged to wage individual attacks at home. Islamic State takes pride in having enlisted fighters from around the world, including thousands from Europe, while particularly Western European countries have been increasingly worried that some of their own citizens could return home and carry out deadly attacks, such as those latest ones in France, Denmark and Belgium.

Meanwhile, a document reportedly composed by a Islamic State recruiter in Libya and translated by the UK-based Quilliam Foundation – described as the “world’s first counter-extremism think tank” – claims that militiamen from Syria and Iraq plot to use the conflict-torn Libya as “gateway” to wage war across the Mediterranean to hit the ‘southern Crusader states’. According to the plan revealed by Quilliam Foundation, Islamic State intends to send scores of war-hardened militiamen from Syria and Iraq to Libya, and then exploit human trafficking passageways to sail across the Mediterranean to target Europe.