EU to Sign Deals with Georgia and Moldova This Year 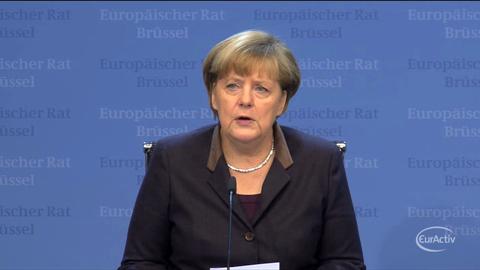 As EU leaders gathered in Brussels for the last EU summit of 2013, German Chancellor Angela Merkel gave a brief speech on association agreements with Moldova and Greece, and appreciated also the strength of Ukrainians to express their dissatisfaction with the failure of signing their free trade deal with the block of 28 countries. Mrs Merkel said that the EU was ready to sign deals with Moldova and Georgia by August 2014, and emphasized that the EU’s door remains open for Ukraine as well.
Georgia and Moldova initialled association deals at a summit in Vilnius in late November last year. The decision came a week after Ukraine backed out, yet Georgia’s First Deputy Foreign Minister, David Zalkaliani, emphasized that the deal was irrevocable thus allying fears that any future government could renege on the agreement. Signing at the summit devoted to the European Union’s ‘Eastern Partnership’ countries marked the first step in a ratification process. The very negotiations on the agreements started with Moldova and Georgia in January and July 2010 respectively, and were concluded in mid-2013.
The deal with both countries seeks to accelerate the deepening of political and economic relations between the partner countries and the EU. The agreements also include a reform agenda based on the extensive program of approximation of the legislation of the partner countries to acquis communautaire. In addition, the deals elaborate on 25 sectors including, agriculture, tourism, environment, consumer policy, education, culture, or small and medium enterprises. Tbilisi and Chisinau will both draw on the EU mechanism of financial assistance to assist both countries achieve the goals stated in the agreements.
Probably most importantly, the association deals include also the Deep and Comprehensive Free Trade Areas (DCFTAs) that cover trade in goods including tariff reductions, rules of origin, facilitation of customs procedures, and anti-fraud provisions. The rules aim to liberalize mutual trade to the fullest extent possible while ensuring that only eligible goods will qualify for trade. Moreover, phasing out of the existing trade barriers seeks to increase the variety and quality of the products and service.