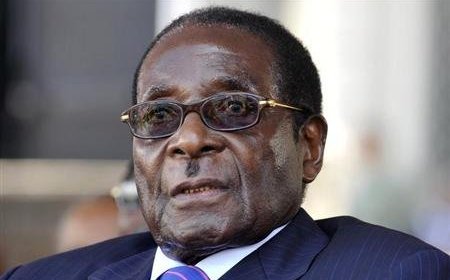 The European Union has softened punitive measures against Zimbabwe while urging further reforms in the country. The sanctions against Zimbabwe’s President Robert Mugabe were imposed already ten years ago after observers had examined Zimbabwe’s 2000 elections. The EU initially imposed sanctions on 20 members of the country’s leadership, which was later extended to 51.
High-level EU representatives were on their way to the country’s capital Harare to meet Zimbabwe officials as the EU outlined its carrot-and-stick policy against the country having been ruled by Robert Mugabe since gaining its independence in 1980. Catherine Ashton, the head of EU diplomacy, is about to issue a statement this week calling for “a balanced political message” combining 28 different policy approaches.
The document is allegedly to acknowledge that Zimbabwe is making progress, albeit slow, in its quest for reform. In recognition of the first results of the country’s struggle for reform, Brussels has suspended a freeze of Zimbabwe assets as well as visa ban against eight representatives of the political and military elites. Yet, the block of 28 countries decided to maintain sanctions against President Mugabe and his wife Grace Mugabe.
The EU also decided to extend the suspension of a part of the Cotonou Agreement, which is a treaty between Brussels and Africa, Caribbean, and Pacific Group of States aiming to reduce and alleviate poverty while contributing to sustainable economic development through the means of development assistance. The EU extended the suspension of Article 96 of the deal until November 1.
Yet, despite notable progress in the removal of sanctions, Mugabe’s ruling party ‘Zimbabwe African National Union – Patriotic Fund (ZANU-PF)’ is reportedly unhappy about only partial removal of sanctions. ZANU-PF’s spokesperson, Rugare Gumbo, commented that the latest EU Commission’s decision was a non-event: “As long as sanctions remain on the first family, we have sanctions,” he said.