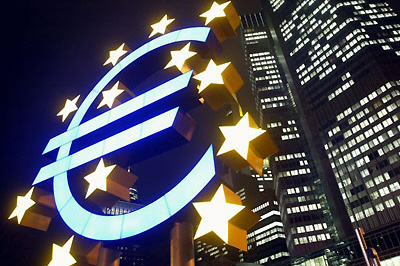 The Frankfurt-based European Central Bank (ECB) takes a tough stance on eurozone banks to revalue their assets and take a more hard-boiled view on likely losses as it is going to scrutinize their balance sheets in the coming months. The ECB is to probe assets worth trillions of euros at 128 European banks by the end of August this year. It aims to track down any problems before the ECB becomes the main banking watchdog of the eurozone financial system. This, according to observers, signals a more aggressive age of banking supervision.
The bank health checks are part of a bigger plan to harmonize the way banks are superintended, which aims to reinstate the stability of the financial sector and prevent a possible repetition of the sovereign debt crisis, which has cost trillions in taxpayer bailouts. Even though the so-called stress tests are already being prepared, EU leaders still have not agreed on how to create a safety net for weak and failing banks. It is estimated that Europe’s banks are still lacking at least 280 billion euros but the whole amount could reportedly climb to as much 770 billion euros in cash. Previous health checks were not satisfying and failed to track the problems in early stages. Therefore, the current tests combine both backward-looking checks and forward-looking stress tests. As a result, many banks have already started looking for funds, writing off problematic debts, and shedding assets.
The assessment of asset quality is to be followed by wider “stress tests” of European banks to find out how they would do under various crisis scenarios. The outcomes of the findings will be presented in October this year.