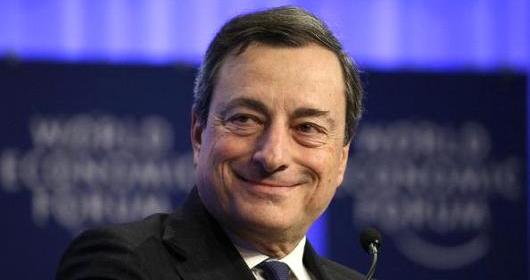 On Thursday (March 20), the European Union took the final step to complete the project of banking union although there is not going to be any joint government support to cover the cost of closures of falling banks. The decision finally ends the impasse with the European Parliament, which convinced euro zone countries to make the scheme stronger. This breakthrough completes the second pillar of the banking union, which is to begin at the end of this year when the European Central Bank (ECB) will assume its role of a watchdog over Europe’s financial and banking system. The ECB will be given the right to shut banks that it considers too fragile to survive, thus effectively reinforcing its position of the supervisor-in-chief. The ECB is currently busy preparing health checks that will scrutinize financial health of European banks.
ECB President Mario Draghi said that the scheme, under which it will be possible to shut down a failing bank, is being streamlined. He added that the ECB had always pushed for a working mechanism that would be properly funded. The current agreement seems to improve the existing funding scheme, in his opinion, while the second pillar of the union will allow bank crises to be managed in a more effective way. Thursday’s accord makes it more difficult for EU member states to challenge Frankfurt if the central bank triggers bank closures, and it sets up a joint 55-billion euro back-up fund over eight years. The timing is quicker than planned but much longer than what the ECB hoped for. According to the ECB, however, the amount of the fund is rather small and will likely be spent quickly.
The eighteen euro zone countries do not expect to pay jointly the cost of dealing with individual bank failures, which is the central thought behind the original plan of banking union.