EU 2013 Asylum Statistics: Syrians and Russians as No.1 Asylum Seekers 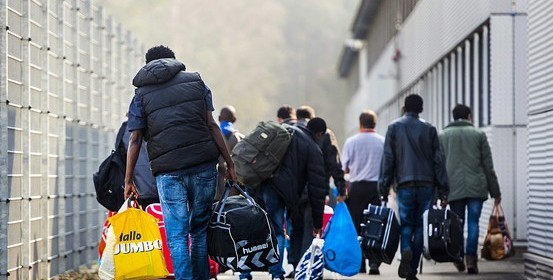 Eurostat, Europe’s main statistical office, has recently made public its 2013 statistics on asylum seekers. According to the figures released on Monday (March 24), Syrians and Russians topped the list of those seeking refuge on the territory of the European Union last year. Syrians applied for about 50,000 asylums while Russian filed about 41,000 applications, while the third place belonged to Afghans with 26,000 applications. Overall, the European Union (EU) processed a total of 435,000 asylum applications, which is an increase by 100,000 compared to 2012.
Eurostat points especially to the development in the case of Syrian and Russian applications whereby since 2008 the number of asylum seekers among the two nations has increased considerably. While in 2008 only approximately 5,000 Syrians were seeking asylum in Europe, in 2013 the number was higher by a factor of ten. The soaring number of asylum applicants worries mainly Greece and Bulgaria, which call for more help from other EU member states. Both countries, being a frequent choice for the first entry of many asylum seekers in the Union, are obliged to process their applications according to EU asylum rules – the so-called Dublin regulation.
Yet, EU Home Affairs Commissioner, Cecilia Malmstrom, says that there is a misperception that most asylum seekers come from the periphery of the EU. As she noted during her speech in Sofia on Monday, about 70 percent of all asylum cases are processed by only five member states – Belgium, the United Kingdom, Germany, France, and Sweden – none of which has an external EU border.
Bulgaria, for instance, has earned its place among the top asylum seekers’ recipient countries due to its boundary with Turkey, which is the main entry point for many Syrian refugees. In 2013 only, about 8,000 Syrians sought asylum in Bulgaria, which is why the country had now decided to protect its EU external border with Turkey with a 30km razor wire between the towns of Lesovo and Kraynovo.