Germany Calls for a Reform of the ECB Rotation System 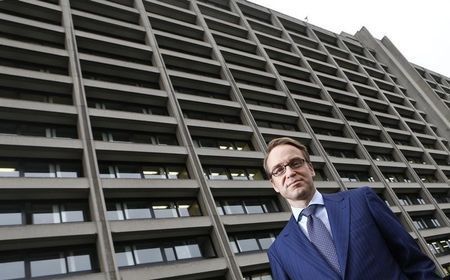 After the accession of Lithuania to the euro zone, the number of central bank presidents will be 18 for the first time as every new member of the common currency area also implies a bigger ECB Council and thus more complicated decision-making process. Therefore, there is a proposal to establish a rotating principle, which would mean that Germany would have to forego voting rights every five months. Except for the six-person ECB Executive Board, the 19 central bankers will not be able to vote every time as voting rights will rotate. The number of central bank chiefs that can vote is permanently limited to 15. Moreover, groups will be created based on the size of the member state. Bigger economies, like Germany, will share four votes within five months based on a circulation principle. This would mean in practice that every five months Bundesbank President, Jens Weidmann, will not have the right to make decisions on the European monetary policy.

This has naturally triggered off fears in Germany that the country would lose its influence in the ECB Council. Germany holds more than 27 percent of the shares in the Europe’s central bank and “it simply cannot be that the biggest member state will be left out for five months” the conservative MEP, Markus Ferber, commented. Mr Ferber added that the current rotating principle also means that tiny states like Cyprus or Malta would have more voting rates than Germany. Therefore, he urged European countries to carry out a reform suggesting that the six directors and the presidents from the five largest banks should create a permanent body except for the rotating principle. Other countries with the same principle would include Italy, France, Spain, and the Netherlands.