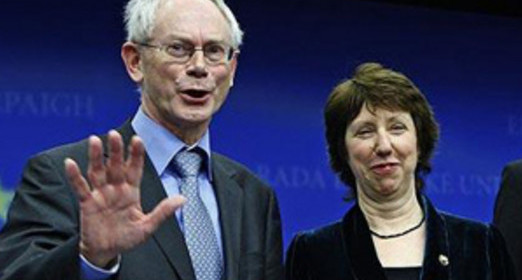 The extraordinary EU summit to be held on 30 August in Brussels will only choose the successors of Council President Herman Van Rompuy, and EU foreign affairs chief Catherine Ashton. Originally, this upcoming summit was expected to decide on most of the top EU jobs, including the composition of the future Commission, for the next five years. If the European leaders gathering in Brussels manage to agree on the candidates for the two top jobs, it is expected that Jean-Claude Juncker, the Commission President-elect, would then propose a list of commissioners and their portfolios by mid-September. The reason for this stems from that fact that European leaders may choose not to appoint Federica Mogherini, the Italian foreign minister, as a successor to Ashton, because her appointment is opposed by a number of countries – including Eastern European states and France – due to her lack of experience on EU-Russian affairs and Italy’s traditionally pro-Moscow positions. It follows that, in such a likely scenario, Rome might decide to nominate another person as Italian commissioner, thus forcing Mr Juncker postpone his formal decision on the composition of the Commission only after Ashton’s successor is appointed.

Mr Juncker is also expected to first present a list of the Commissioners, followed by a list of their qualifications. Yet, this approach may well clash with the expectations of several EU Member States, including mainly the Eastern EU countries, who insisted during the failed summit held in mid-July that there was the need to see the “interdependence” between the distribution of Commission portfolios and the two top jobs. The Eastern EU countries argued that no decision could be taken on the top two positions before they knew what portfolios would be assigned to “their” national commissioners. Although the European Parliament is insisting that the gender balance should further improve, most likely only four women will be part of the next EU executive – the Czech Republic’s Jourová, Italy’s Mogherini, Bulgaria’s Georgieva, and Sweden’s Malmström – which is down from the seven women in the present EU commission.