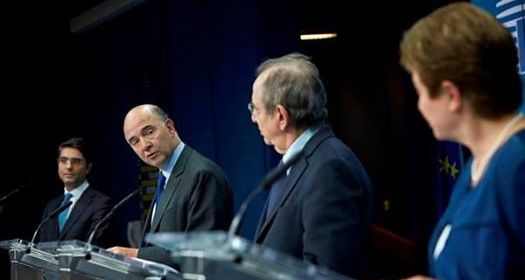 The European Union has extended its ban on deep-sea shark fishing for the European fleet for a minimum of another two years. The ban will apply from 1 January 2015. All of the EU member states supported the extension with the exception of Spain and Portugal who voted against. EU members further approved catch reductions for species such as round-nose grenadier, black scabbard-fish, and red sea bream beyond the shark-fishing ban in EU and international waters of the north-eastern Atlantic. Although the European Commission aimed to address overfishing and protect vulnerable species, the reductions that were made were lower than those recommended by the Commission. The Commission had proposed reductions of 20 percent, 62 percent, and 34 percent for catch of red sea bream, but the actual reductions will be 5 percent, 52 percent, and 25 percent depending on the zone in question.

The Council of the European Union has also extended regulations regarding fishing in the Baltic Sea mainly focusing on certain stocks and groups of fish. The Council moreover reminded that it was necessary to adopt measures on the fixing and allocation of fishing opportunities. Fishing opportunities however remain to be allocated to member states in such a way as to ensure relative stability of fishing activities of each member state for each stock of the fisheries in line with Common Fisheries Policy (CPA). The CPA is the EU’s major fisheries policy setting catching quotas for member states as well as encouraging fishing industry by various market interventions. In 2004, the policy had a budget of about 930 million euros, which was about 0.75 percent of the EU budget. The CPA has been criticized by fishermen who claim that it threatens their livelihoods.