Juncker: 10 Priorities for the European Union 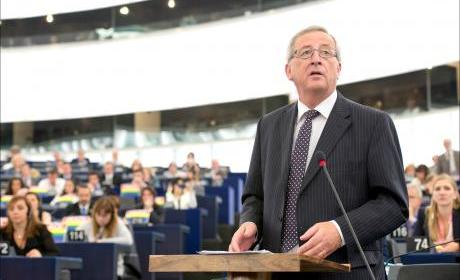 European Commission chief, Jean-Claude Juncker, has proposed a new working program of the EU institutions that should ensure a better coordination between them. In a letter to the President of the European Parliament, Martin Schulz, and to Matteo Renzi, the Prime Minister of Italy, which is currently holding the rotating EU presidency, he also identified EU’s top 10 priorities for next year. The new Commission argues that closer collaboration between the EU institutions can send a powerful message at a time when the consequences of the crisis still unfold and joblessness remains very high. As prescribed by the EU treaty, it is the responsibility of the Commission to initiate the Union’s annual and multiannual programming. However, Commission President Juncker insists that he would like to discuss 2015 priorities before they are adopted at the end of the year.

The ten points were already outlined in Juncker’s paper presented on the day of his confirmation in Parliament in mid-July. However, the Commission has expanded the paper since then and elaborated more on each area. The main priorities for the next year thus include providing a new impetus for growth in jobs, economic performance, and investment, a connected digital single market, an energy union with forward-looking climate policy, a deeper internal market with a stronger industrial base, a deeper economic and monetary union, a balanced free trade agreement with the United States, an area of justice and fundamental rights, a new migration policy, a stronger global actor, and democratic change.

A tighter cooperation between EU institutions, as proposed in the Juncker’s letter, should facilitate efforts towards achieving the objectives for 2015. The idea of a new inter-institutional agreement on “better law-making” is based on the cooperation of the three institutions. The three should agree on strategic goals of a multi-annual program as well as on its deliverables at the beginning of the five-year-long legislative term. The program should be reviewed half way through the Commission’s five-year term.