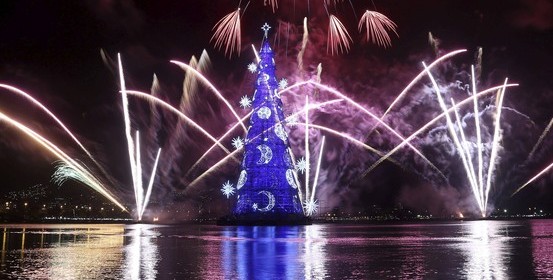 EU member states have revealed their “Christmas” wish list of the projects that they would like Brussels to pay for. This “Christmas” list contains about 2,000 projects worth about €1.3 trillion. These projects will compete for financing covered by a giant investment plan announced by the new chief of the EU Commission, Jean-Claude Juncker. The project covers a great variety of issues ranging from an underwater fiber-optic link between Canary Islands and Brazil through a breakwater for the Valletta port in Malta to an airport expansion in the German transport hub, Frankfurt. The list that was published on Tuesday (9 December) is the first shortlisting of projects submitted by member states.

New Chief Commissioner Juncker revealed the structure of his giant investment scheme to boost the EU’s staggering economy amid concerns that Europe could be facing a “lost” decade, much like Japan in the 1990s. The investment project will be run by the Commission itself in cooperation with the Luxembourg-based European Investment Bank (EIB). The projects will be selected by independent experts based on their potential to attract private investors. “There are already a mass of projects that exceeds the capacity of the financing that we’re going to implement,” Economic Affairs Commissioner Pierre Moscovici said. Mr Moscovici also emphasized that the plan devised by the new Juncker-led Commission “isn’t for this or that country, this or that existing project, but for new investments that will create more growth”.

The investment package is financed by 21 billion euros in seed money, which includes 8 billion of already existing EU budget funds. These will increase to 18 billion euros in the form of guarantees. The plan also includes 5 billion euros from the EIB. The package is expected to be approved already this month. Some leaders have, however, stressed that it is very important for this boost to stay outside of the politics so that “projects are sensible with a good turnover”. The plan should be operational as of mid-2015 and be in place for the next three years.