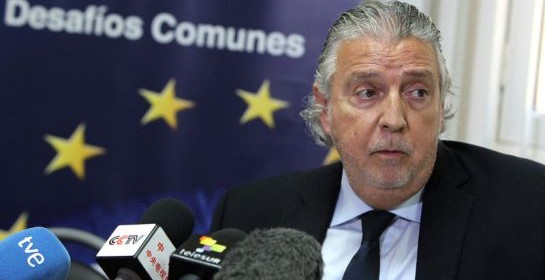 The United States is going to remove the sanctions it imposed on European companies that have done business with Cuba. The head of the EU delegation in Cuba, Herman Portocarero, said that the EU was in talks with the United States about the extraterritorial application of Washington’s embargo on Cuba. The European envoy confirmed at a press conference at the 2015 Havana international trade fair that the EU was talking directly to Washington about the next steps in the EU-US-Cuba relations.

The American embargo on the Communist country has been in place since 1962 when the United Nations General Assembly supported the resolution, which Cuba later labeled as “the blockade”. Brussels alluded to the renewal of diplomatic relations between Havana and Washington by saying that “given the new US policy toward Cuba, for us it’s an important issue, because important sanctions have resulted for European banks for financing operations with Cuba.” A famous example of the consequences of the embargo happened in 2014 when French bank BNP Paribas was fined $9 billion for undertaking transactions linked with Cuba. Other EU banks were affected as well, such as Credit Suisse, Commerzbank or Crédit Agricole.

The EU moreover says that its recent high-profile visits in Cuba have been significant too. In the last six months, French President François Hollande and Italian Prime Minister Matteo Renzi traveled to Havana. These state visits are often accompanied by business delegations, which seek “not only so as not to lose the part of the Cuban market (these countries and firms) already have, but to expand it,” Mr Portocarero explained. He added that “the new situation with the United States has spurred great efforts on the part of the EU not to lose ground, but that is also a great advantage for Cuba, since now it has the luxury of being able to choose who it will work with, not to confine itself to just one partner”. The EU is Cuba’s second most important trade partner accounting for about a fifth of Cuban trade as well as the largest foreign investor in the country.